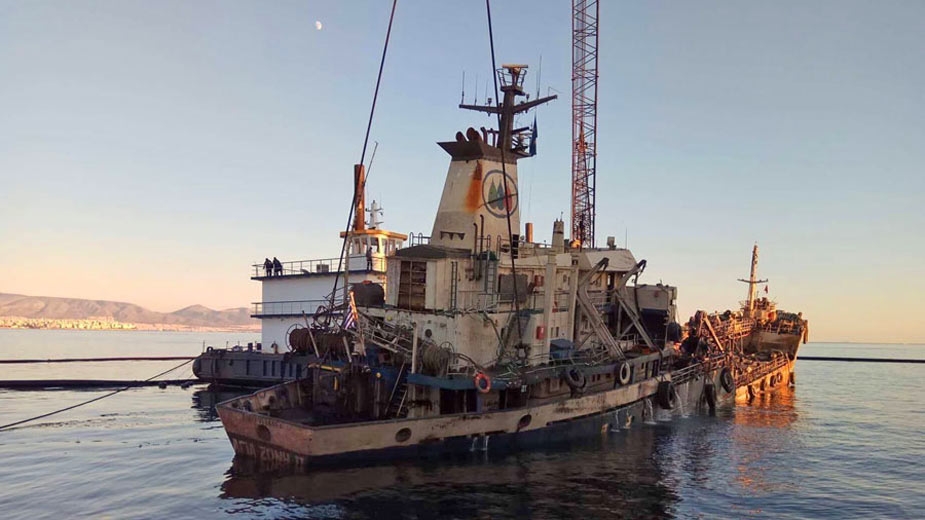 In the context of public opinion and media briefing, the Spanopoulos Group announces that the refloating and removal of the sunken AGIA ZONI II, which commenced on Friday 24 November, was successfully completed today, November 29th (14:00) local time. The shipwreck was safely removed and, at the orders of the ship owning company, was transferred in the presence of Coast Guard Officers, temporarily to nearby yard facilities, to carry out the necessary inspections.

The wreck removal operation was accomplished by the use of 1 floating ringer crane 1300 tons lifting capacity and another of 260 tons, powerful salvage tugs, antipollution vessels and a specialized diving team of the Group. Highly experienced and qualified personnel, consisting of salvage master, naval architects, mechanical engineers, environmentalists, oil spill responders and safety technician were engaged on the operation.

“From the very first moments, a demanding battle was fought and the response was immediate with awareness for the environment, in order to eliminate the consequences of oil spill in the sea and at the coastal areas. With the removal of this harmful-polluter, we managed to mitigate the risk that could more adversely affect the environment. It should be also stressed out that the clean-up works for the coastline and wreck site are in their final stages.

In conclusion, we feel that we accomplished this major environmental project with a high sense of responsibility. Harty congratulations go out to the whole Salvage and OSR team that participated in the operation with a great deal of zeal, persistent work and professionalism.

It is worth mentioning that the Group’s next wreck removal operation is to uplift, with the method of parbuckling, a capsized and sunken vessel at Astakos port". 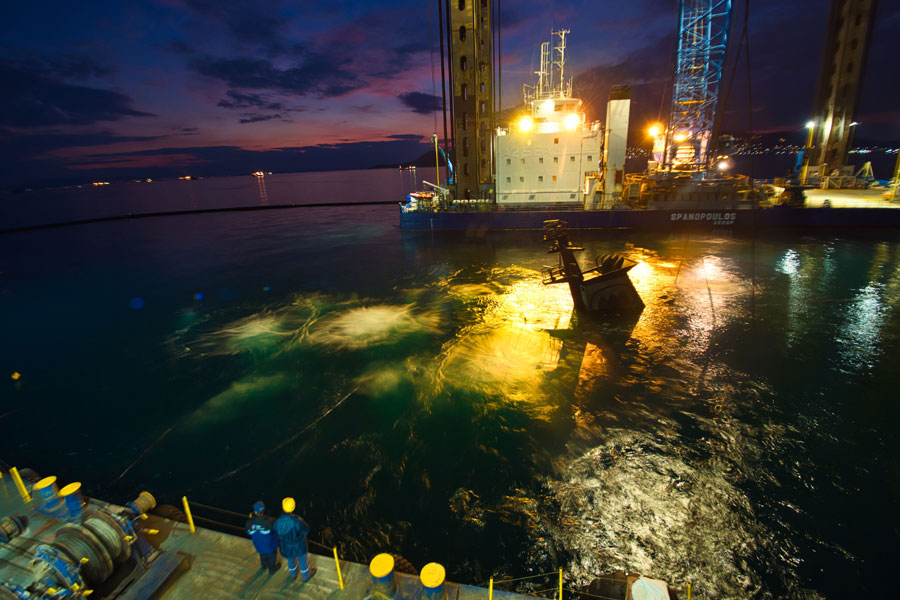 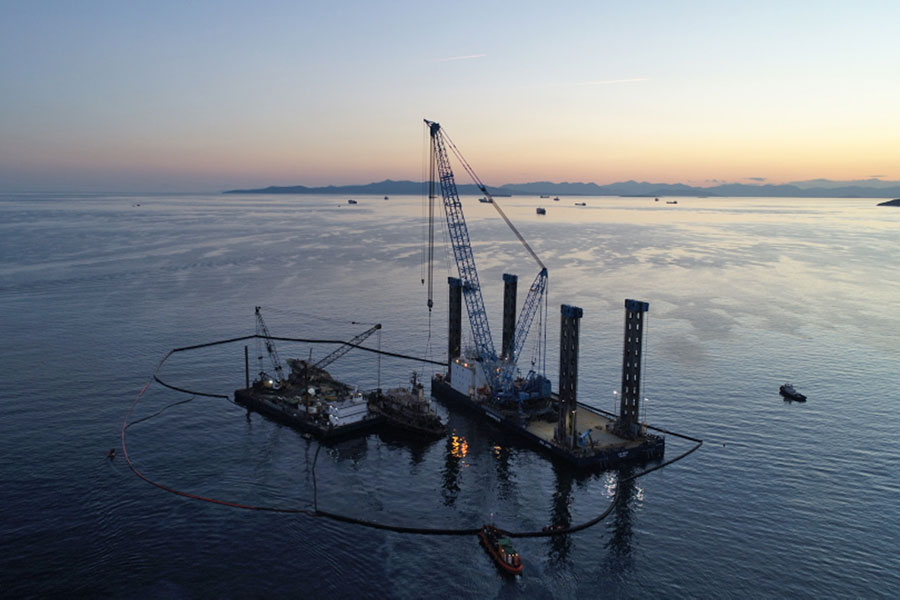 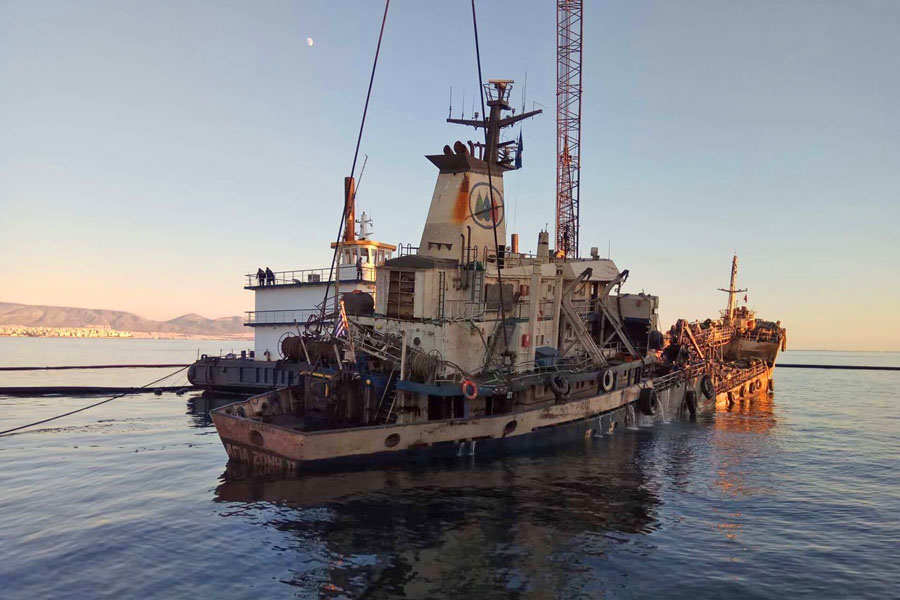