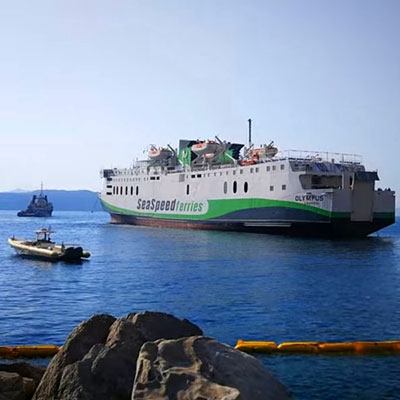 On 1st August 2019, the RORO Passenger Ferry Olympus (GRT 12.338) ran aground at Mansell reef in Thirasia, while entering the harbor gulf of Santorini island. The vessel suffered hull breach with ensuing water ingress. Spanopoulos salvage was engaged on the 2nd of August to provide salvage assistance to the vessel and take necessary environmental protection measures. On the same day, E/R salvage and antipollution experts were mobilized together with S/T – Supply – ORV CHRISTOS XXIII, T/B CHRISTOS XXXVI, antipollution crafts and two RIBs (Salvor I & II).

Immediately, salvage & antipollution teams promptly proceeded to:
Dewatering, removal and transfer of fuel, oil quantities and bilge waters. Temporary repairs, reinforcement and sealing of the vessel to remain even keel and with no list. During the works, vessel was safely held by both salvage tugs, while antipollution measures with the deployment of oil booms and use of various types of absorbent materials were effected.

Vessel was safely towed by CHRISTOS XXIII, as lead tug and CHRISTOS XXXVI, escorting from Santorini island to the repair facility of Neorion Shipyards at Syros for drydocking.

Following completion of above actions to the satisfaction of all parties concerned, the salvage and antipollution services were successfully terminated on 19th August. Whole operation was carried out with the specific priority the safety of the vessel and the protection of the local marine environment on the most popular Greek island. 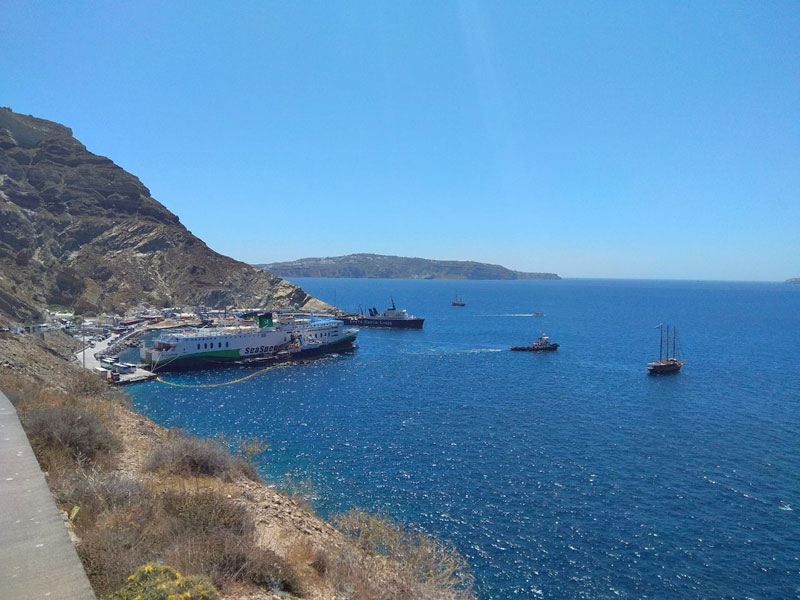 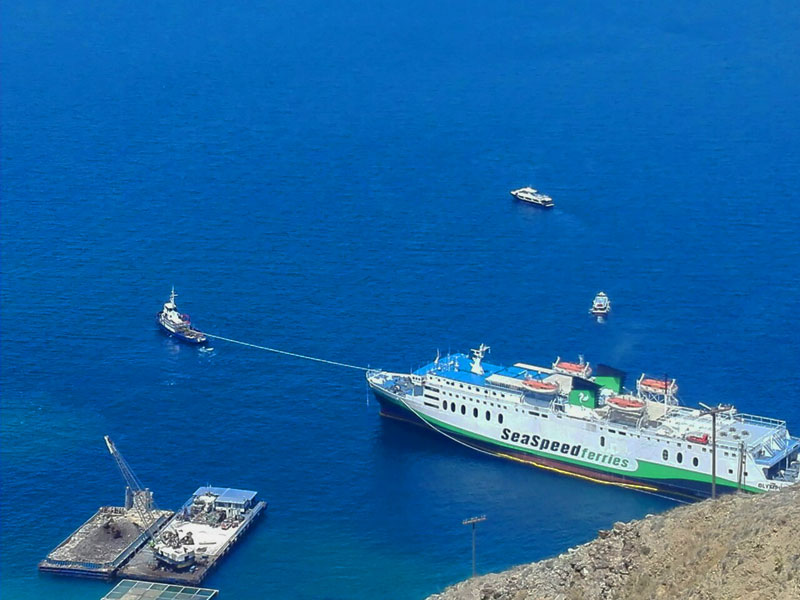 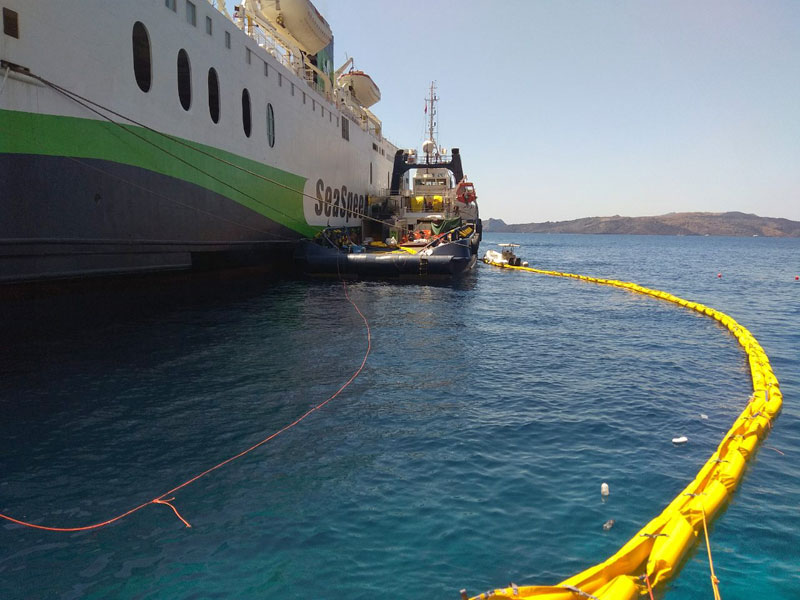 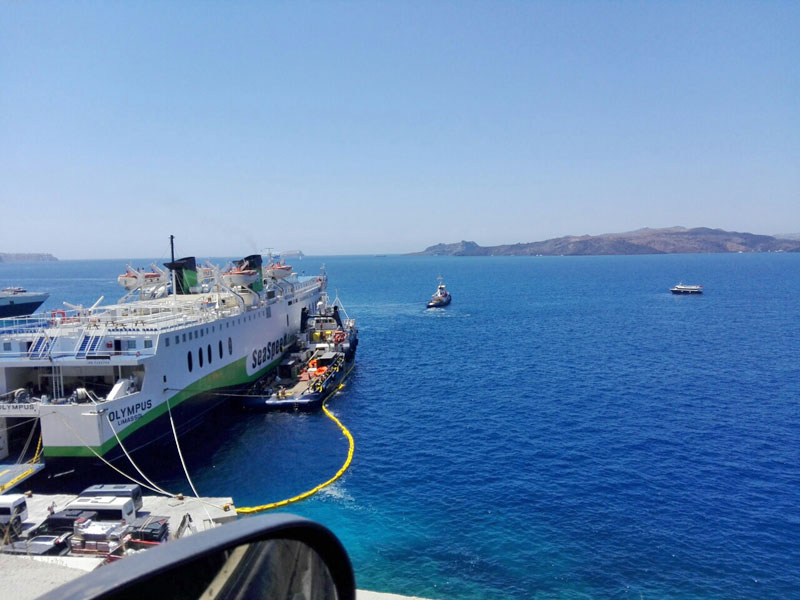 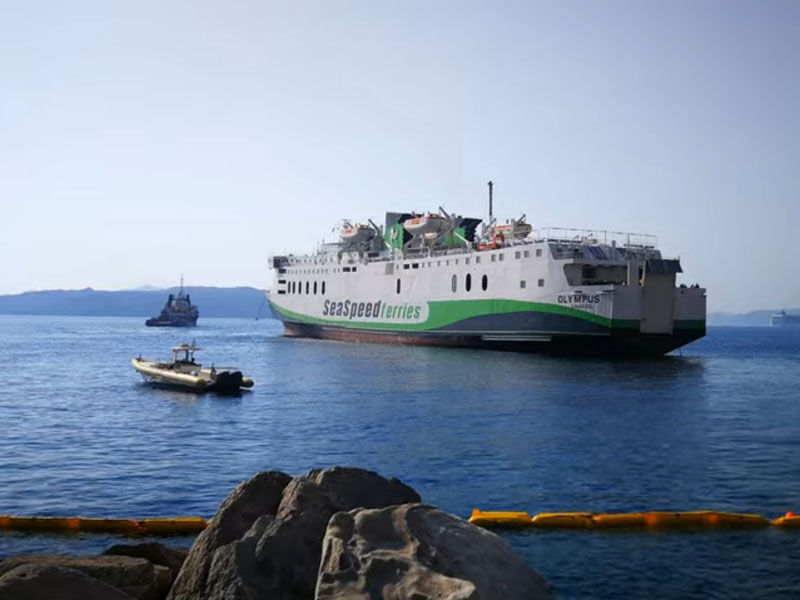 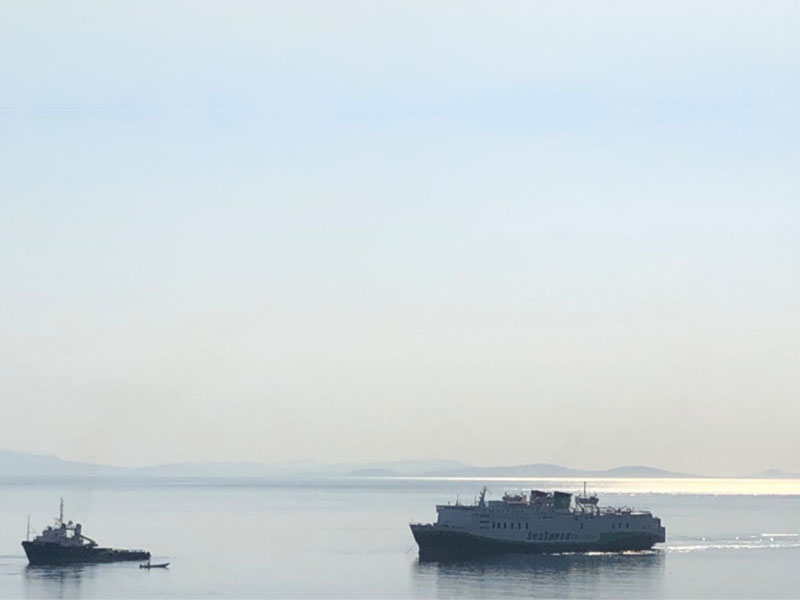 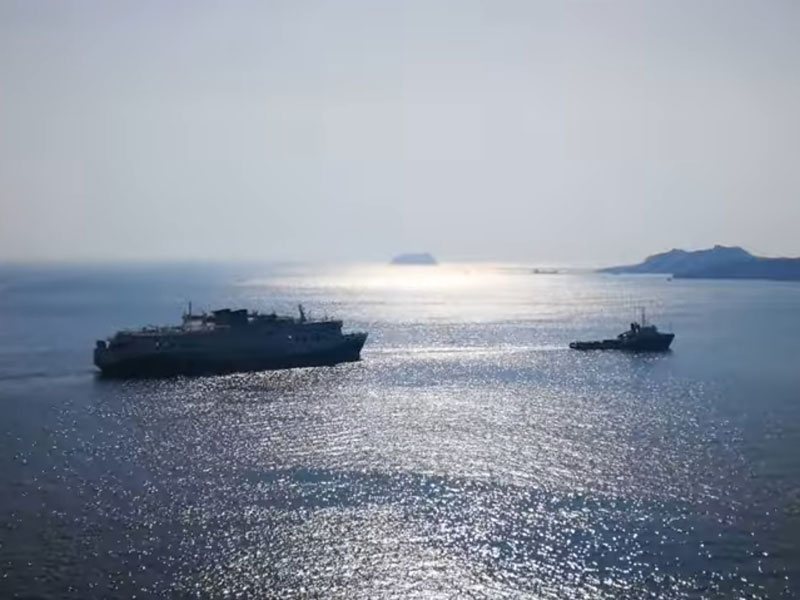