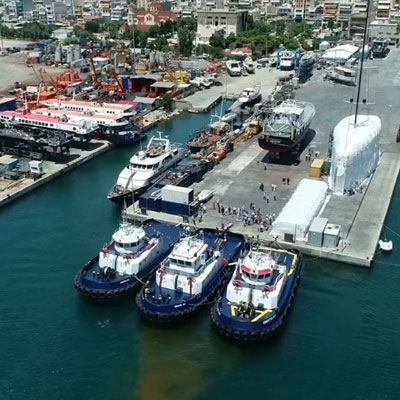 On Thursday 11th of July 2019, the doors opened at Spanopoulos Shipyards, we welcomed our friends and associates, for our Newbuilding Tugs Christening Event.

During the event we had the opportunity to show the innovative design and structure of the tugs, affecting positively our existing and prospect customers.

Furthermore, the construction of three more sister tugs of CHRISTOS XLV, are due to completion within 2020. By the end of the year the new tug, CHRISTOS XLVII, will be delivered. CHRISTOS XLVIII will follow with completion in the next six months and CHRISTOS XLIX will be the last tug delivered. The new tugs are certified with a FIFI 1 firefighting system and have modern technical equipment.

The Spanopoulos Group is a key player in shipbuilding industry with a long experience with tugs and undeniable know-how. It is worth mentioning that 10 modern tugs (1000 & 2000 HP) with a FIFI ½, which serve both the port of Piraeus and the nearby ports, have been built over the last ten years.

The Spanopoulos Group newbuilding project has plans for a new type of tug series with a more sophisticated design. Our project team in co-operation with our naval architects have started the design of new tug series which will include four propellers that will greatly assist in both economy and maneuverability.

In a developing and progressive market, the Spanopoulos Group focuses on market needs and trends and thereafter commences the commercial activity for the newbuilding tugs in both local and international markets. 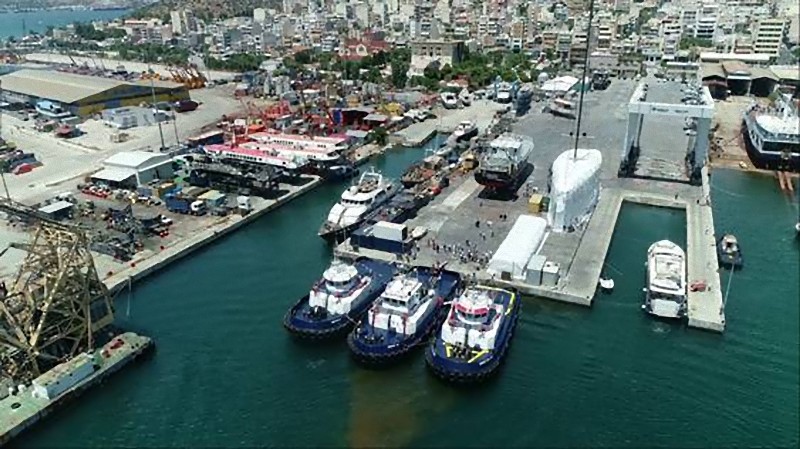 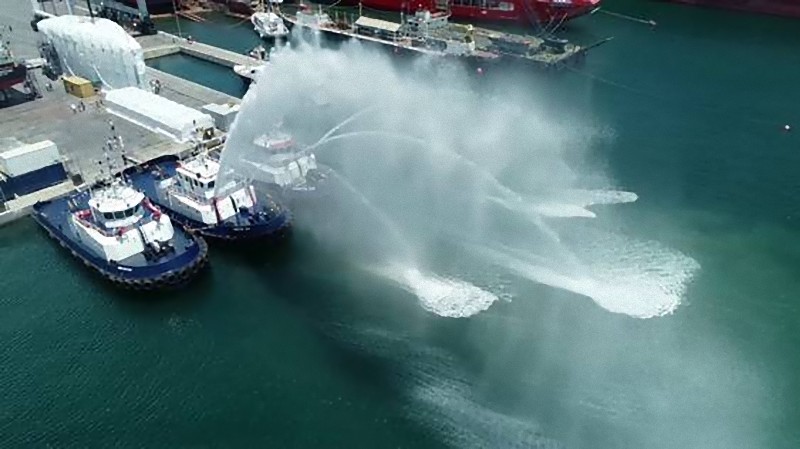