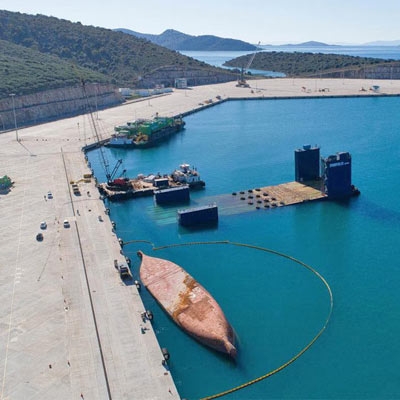 Following an International Invitation to Tender five years after the incident, the Spanopoulos Group, was awarded with a Wreckfixed Contract, in order to completely remove and safely dispose of the vessel and any part associated with and/or emanating from the vessel of whatsoever nature to the satisfaction of the Principles and the Authorities.

For the purpose of this project, the Spanopoulos Group utilized the Semisubmersible barge Atlantis I,  equipped with four (4) chain pullers of 78 mm chains with total pulling capacity 1800t,  the Floating crane Ignatios X, 120t lifting capacity, the AHTS Christos XXII 67t BHP and an assisting tug.
Whole area surrounding the wreck contained and sealed with multiple layers of oil-containment and oil-absorbing booms.

The semisubmersible barge ATLANTIS I was positioned at the front starboard side of the wreck stern, in perpendicular to the wreck’s position. The barge ATLANTIS I was ballasted and therefore submerged until it safely touched the bottom. The wreck was moved towards the submerged barge by a floating crane. Then, ATLANTIS I was deballasted up to sea surface and the wreck safely touched barge’s deck and was lifted up to the sea surface. The deballasting of the barge was continued, in order to properly trim and secure the wreck for the towing operation. The wreck was safely removed and transferred from the Platygiali Terminal of Astakos Port to shipyard facilities in Salamis (Greece) owned by the Spanopoulos Group, until the final destination to the demolition yard for its disposal. 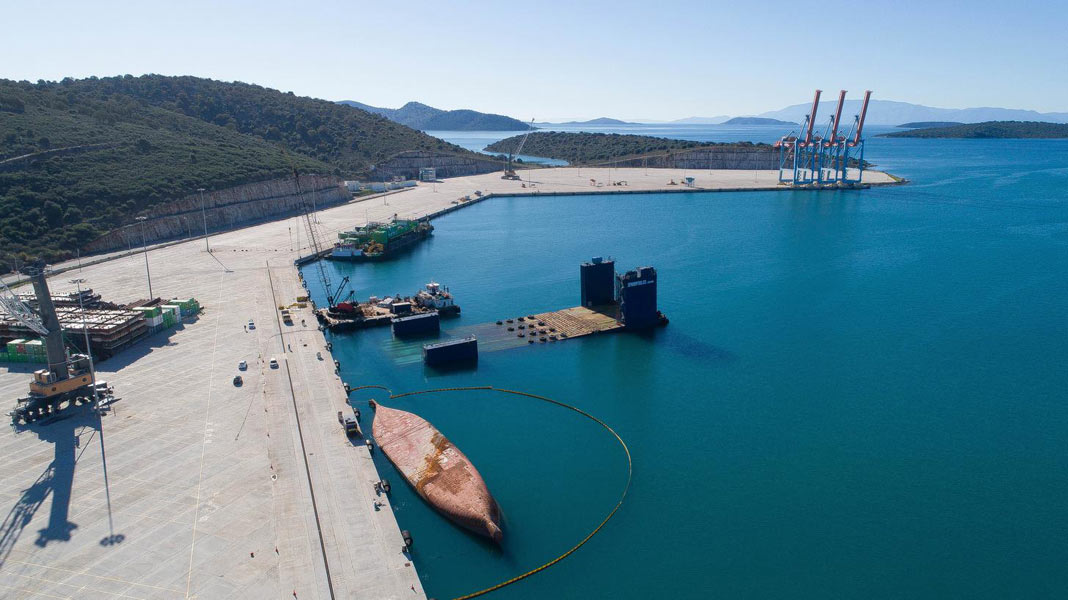 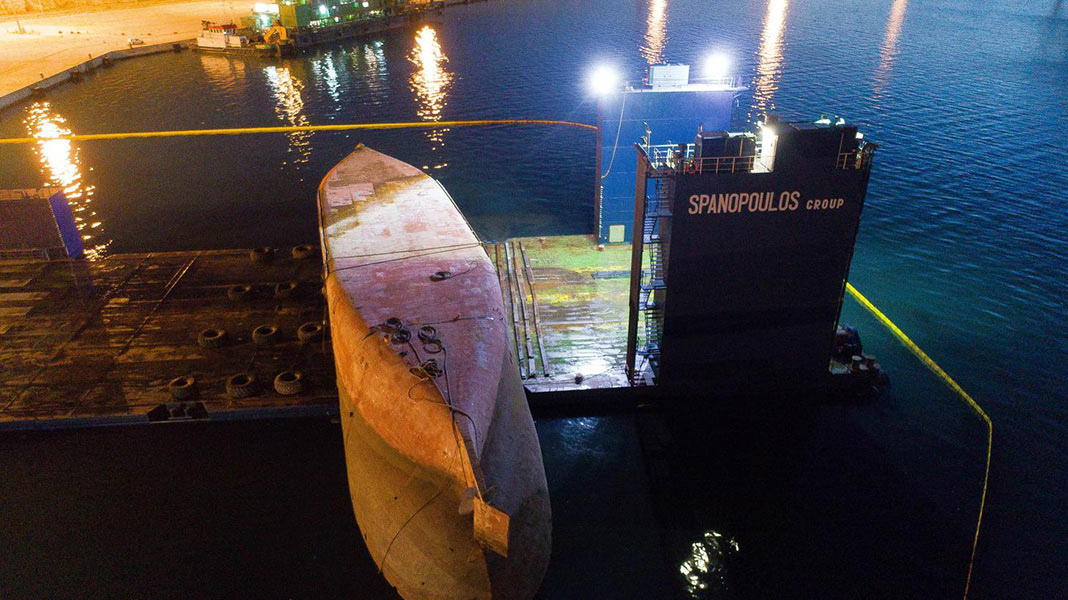