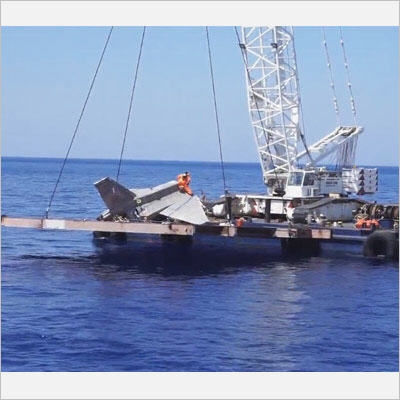 Participation of Spanopoulos Group in the refloating of a F16 Block 52+ who had crashed in the sea area between Crete and Gavdos (CNN.gr)


Salvage of a Hellenic Air Force aircraft that crashed the sea between the Chora Sfakion and Gavdos Isl., Southern Crete.

On the 4th of December 2014, crashed on the sea area southern of Crete, by mechanical failure a twin pilot aircraft type F16 Block 52 + with S/N 614, after the crew abandon the aircraft.

The aircraft found after researches in the wider crash area, at bottom depth of 970 meters, having remains in the 80% entire and found in sandy bottom standing in it’s wheels.

After an international Invitation to tender, the Hellenic Center of Marine Research awarded as contractor and from their side awarded Ignatios Spanopoulos S.A. as a subcontractor for the salvage of of the crashed aircraft. The objective of the two partners was the salvage of the whole aircraft using an ROV and a floating crane in order to lift the plane from this depth and bring it to the surface.

For this reason our technical team took many measurements on real aircraft of this type and with the assistance of the ROV operators and the air force mechanics prepare the appropriate gear and selected the suitable points that offers safety for the salvage. On the 27th of June 2016 sailed from Piraeus the F/C IGNATIOS III towed by T/B CHRISTOS XVIII and the R/V AEGAEO of HCMR, with final destination the crash area southern of Crete Island.

On the 29th of June the R/V AEGAEO relocate the aircraft and did a final inspection. The next days after a few dives with the ROV the team fixed three lifting point on both wings and on the dorsal fin. The 3rd of July the ROV tied the kevlar rope on the three lifting chains and brought the free end of the rope to the surface.

After the works completion both the engine and the aircraft delivered on Souda Naval Base at 7/7/2016 where trucks of the Hellenic Air Force waiting to transport the equipment to the to the Air-force Base. The whole project completed with the arrival of the convoy on Piraeus Port the 9th of July 2016. 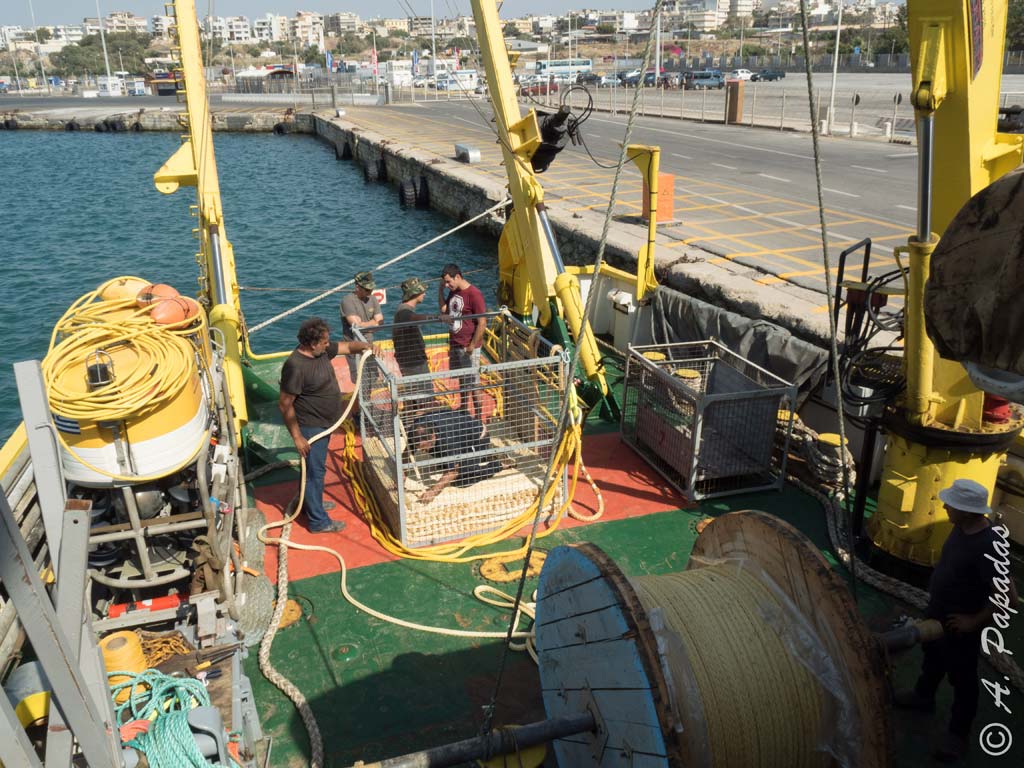 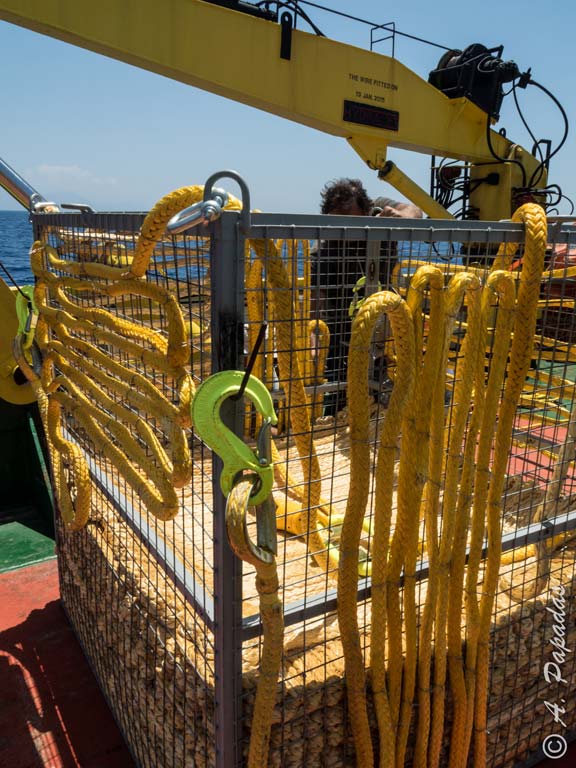 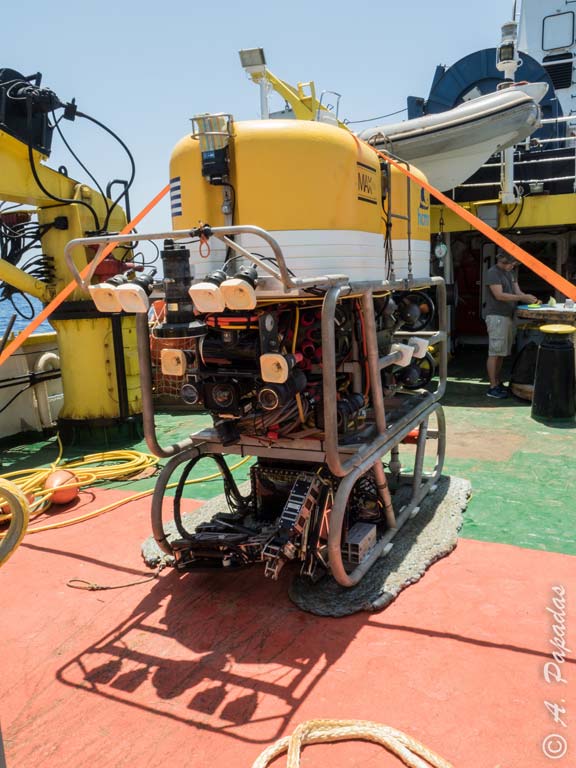 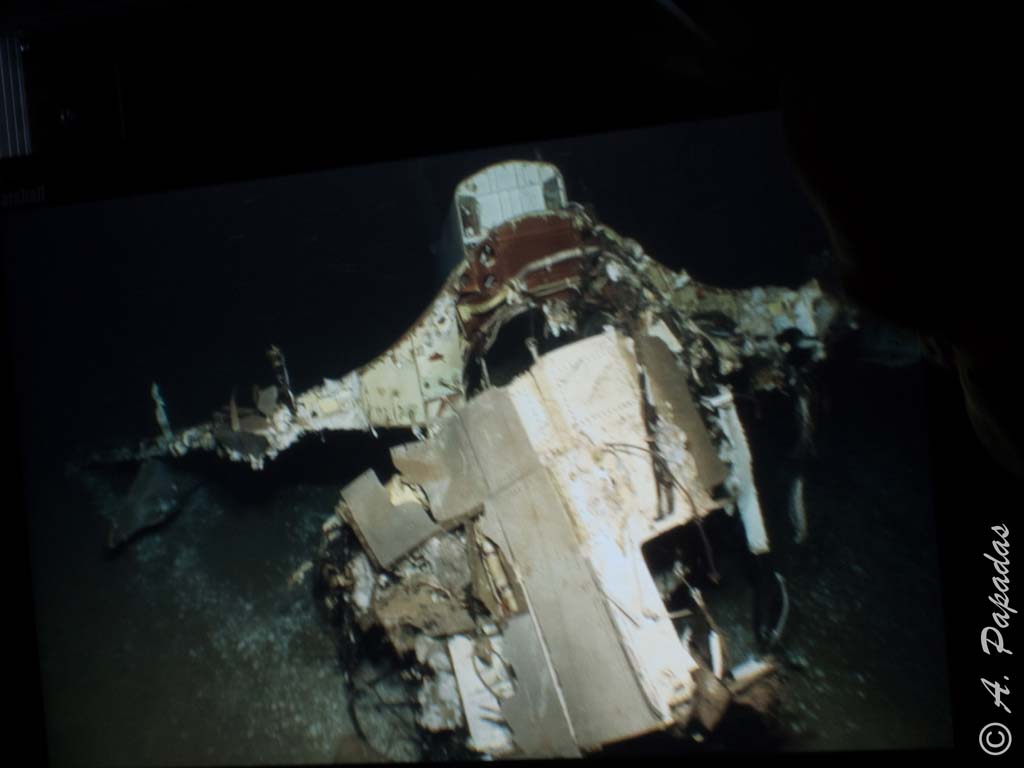 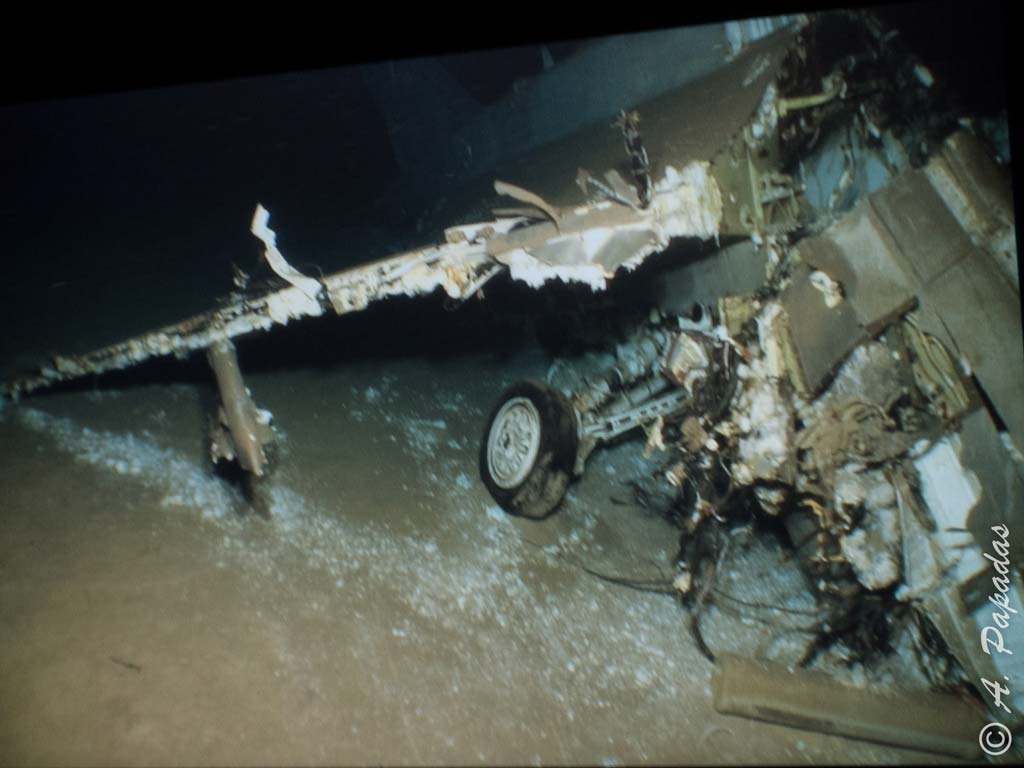 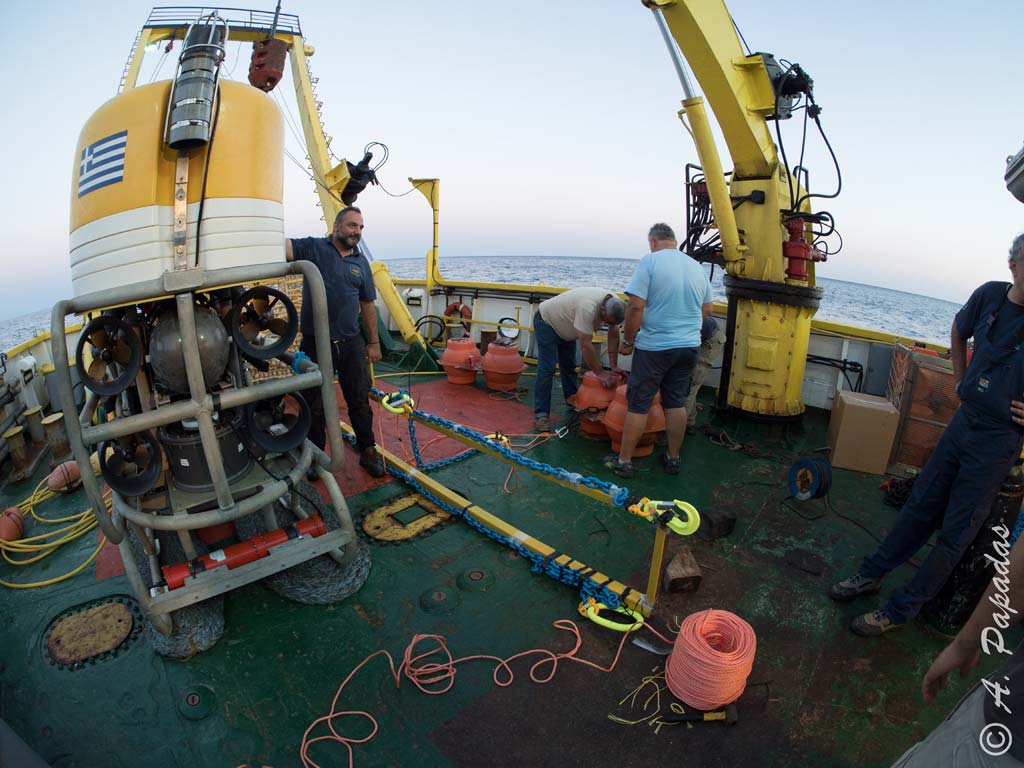 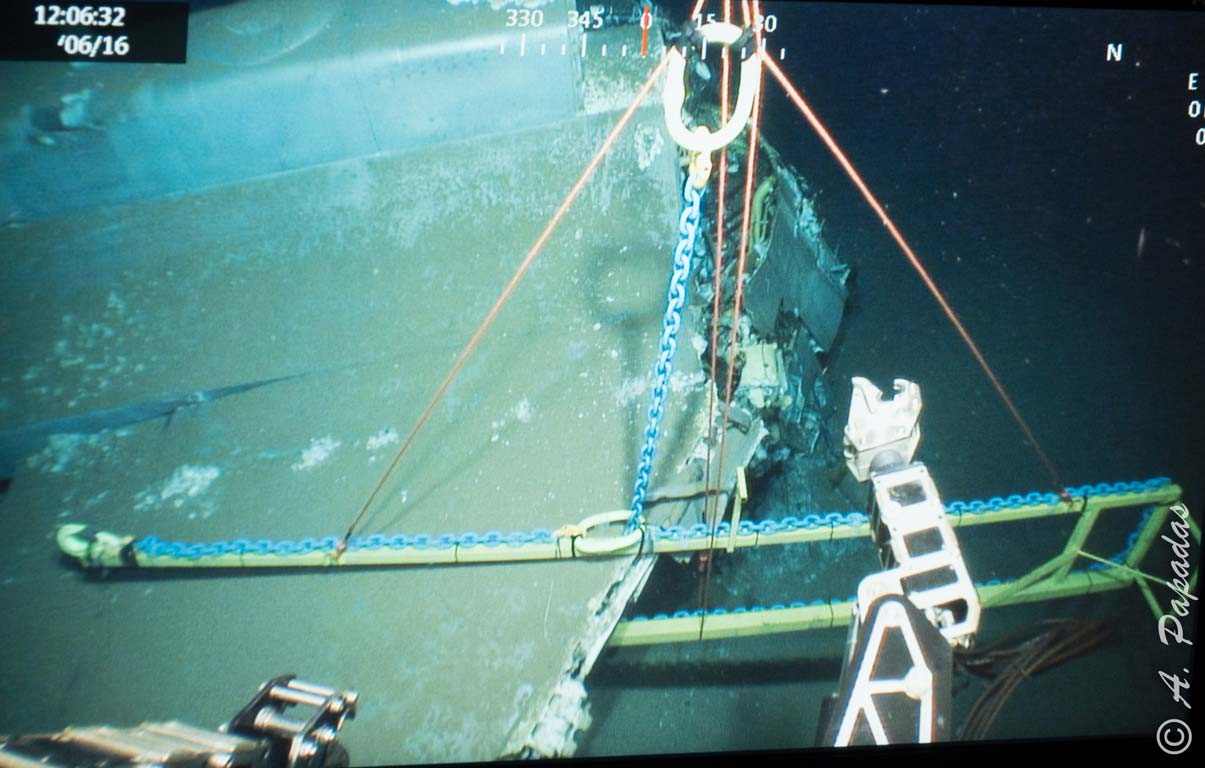 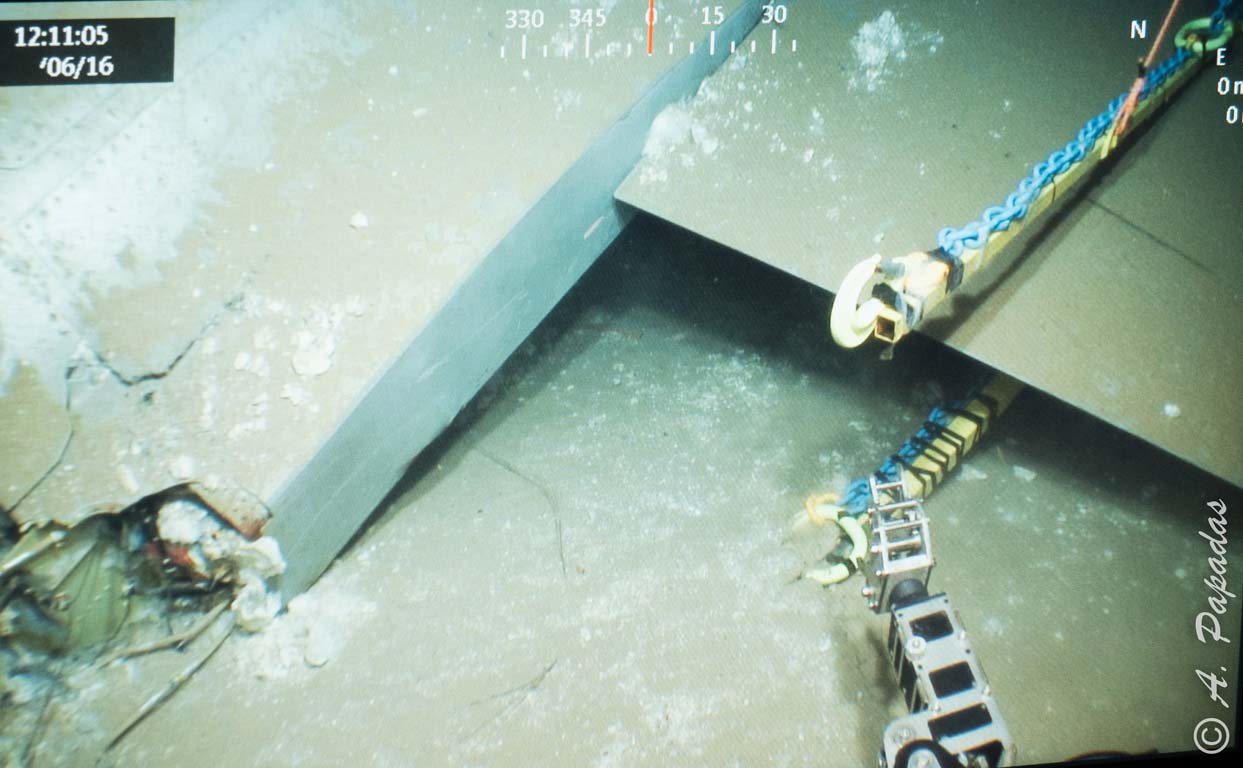 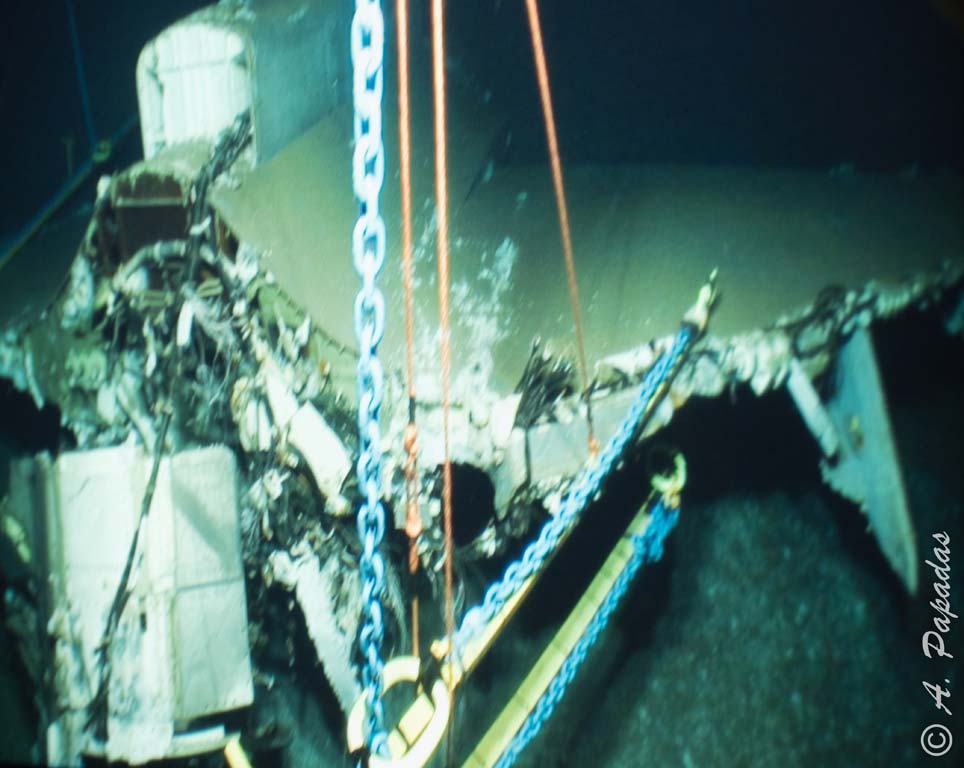 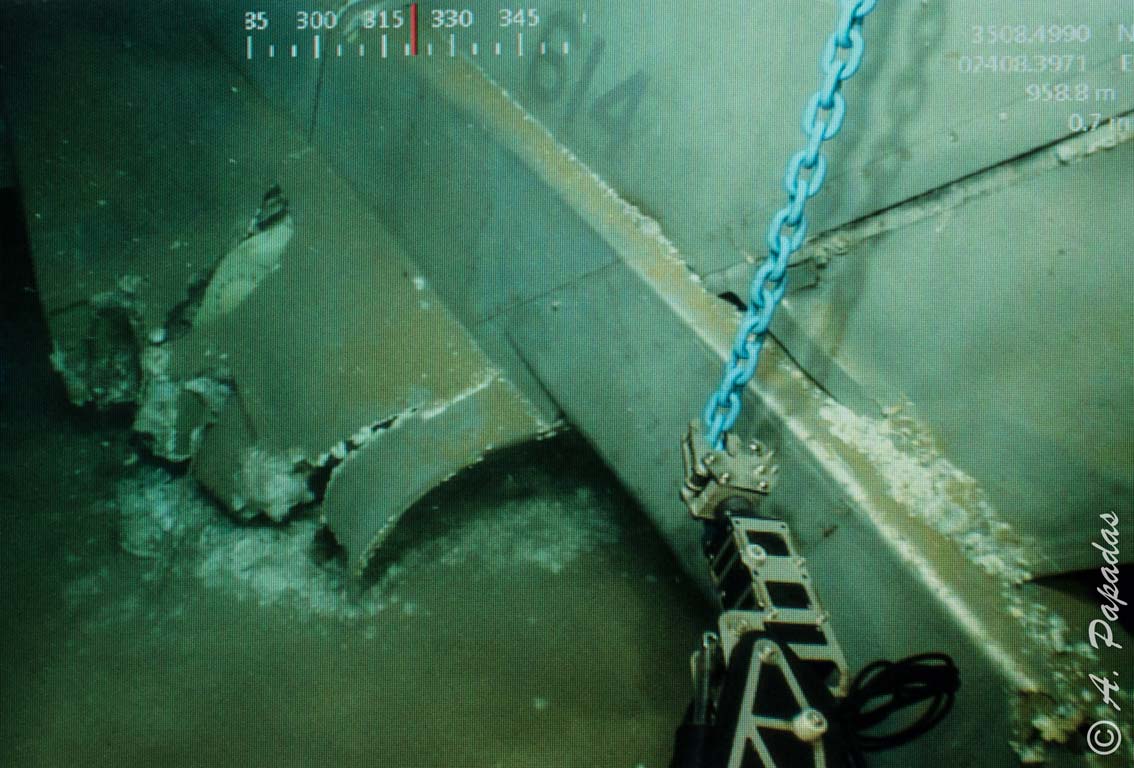 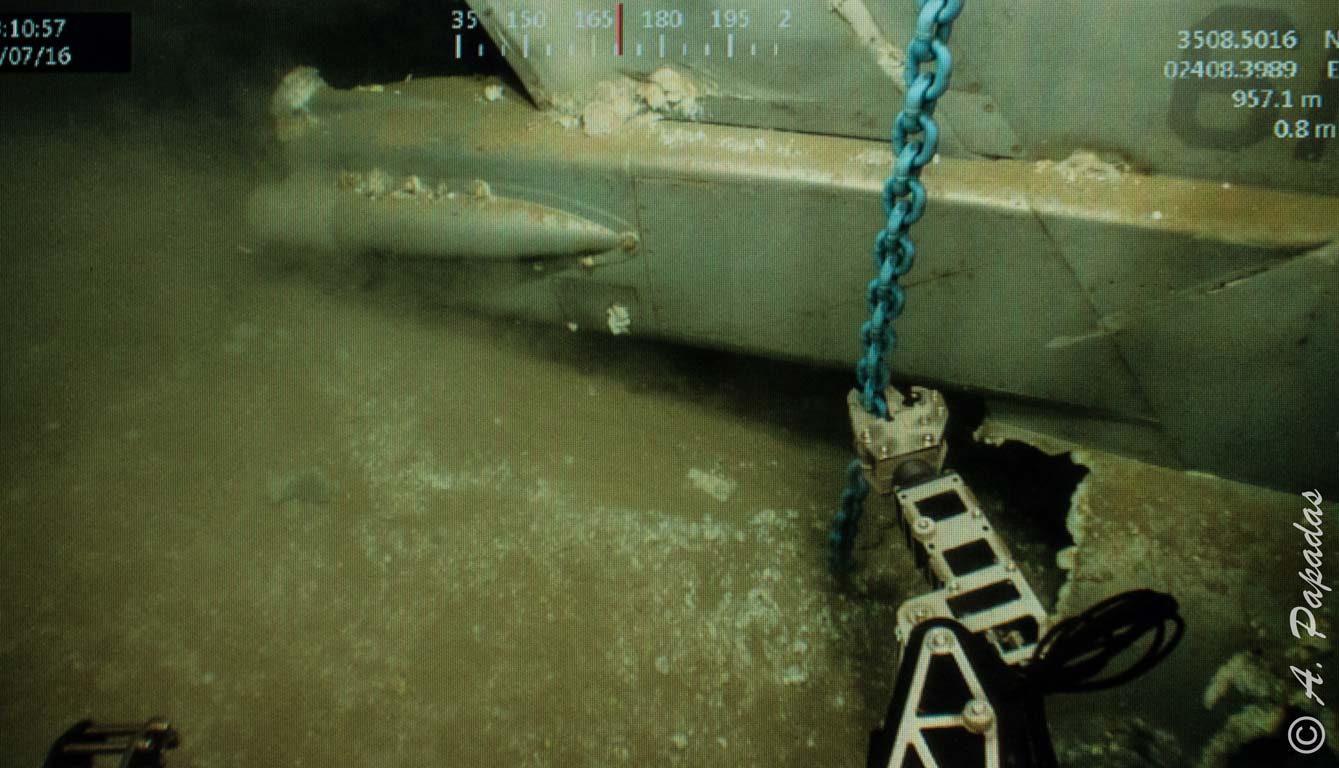 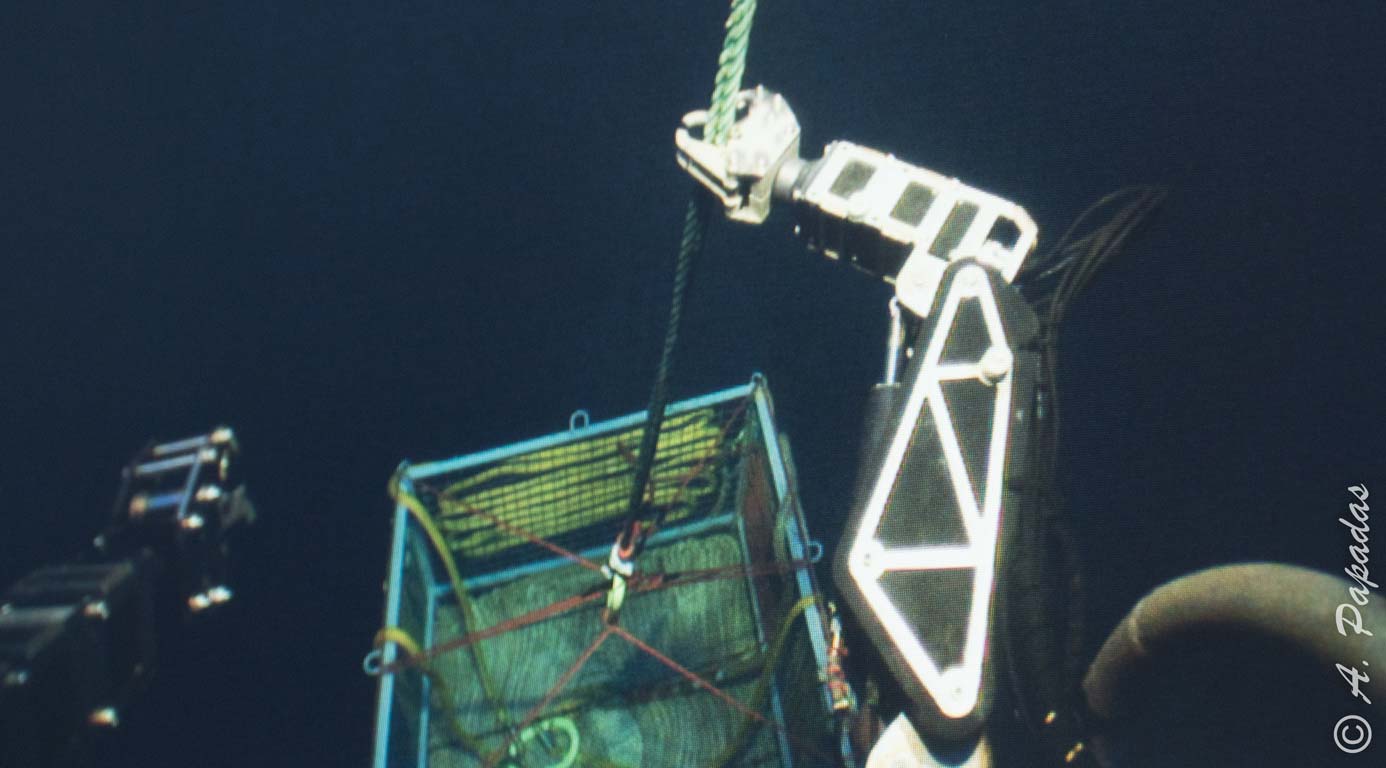 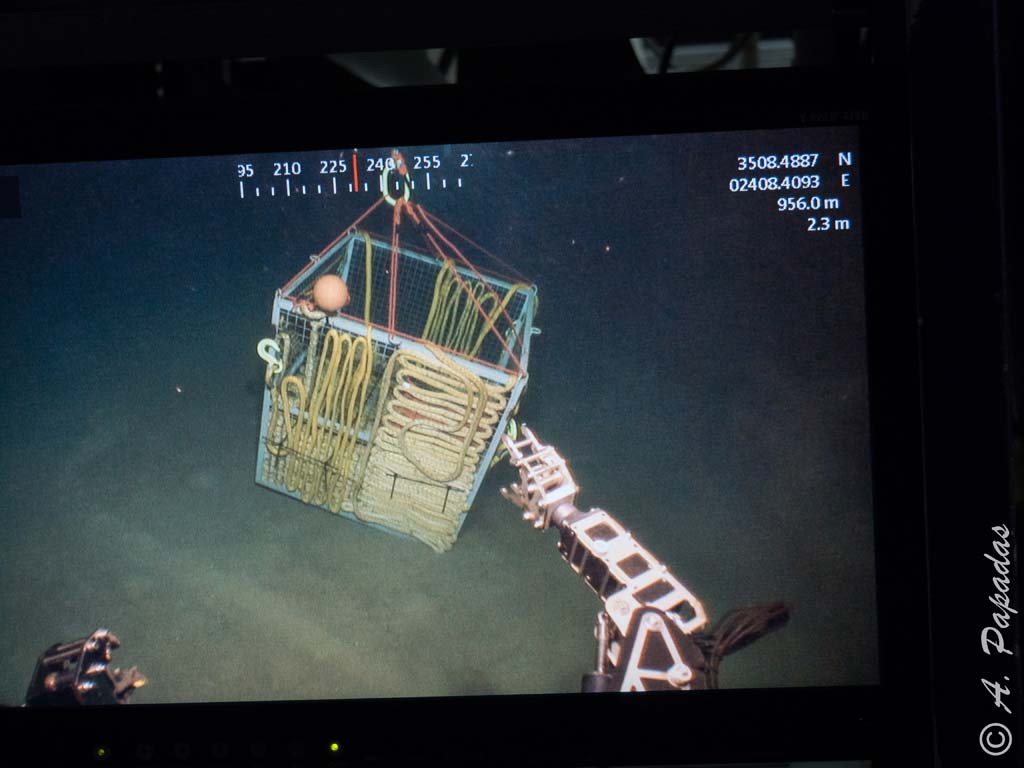 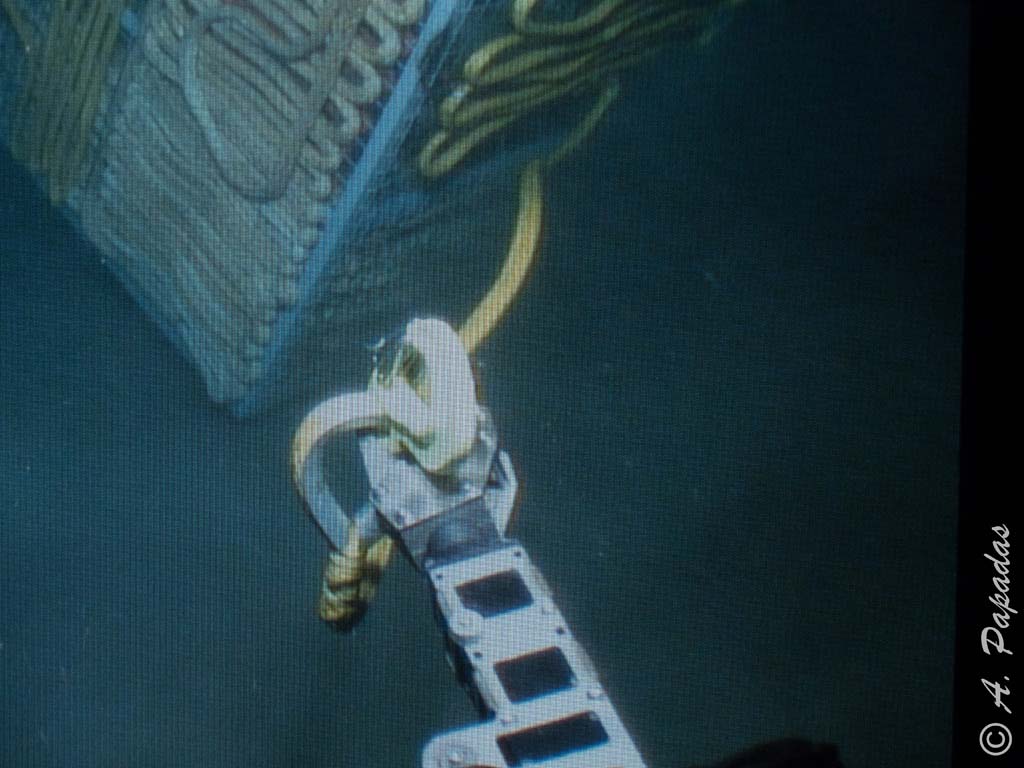 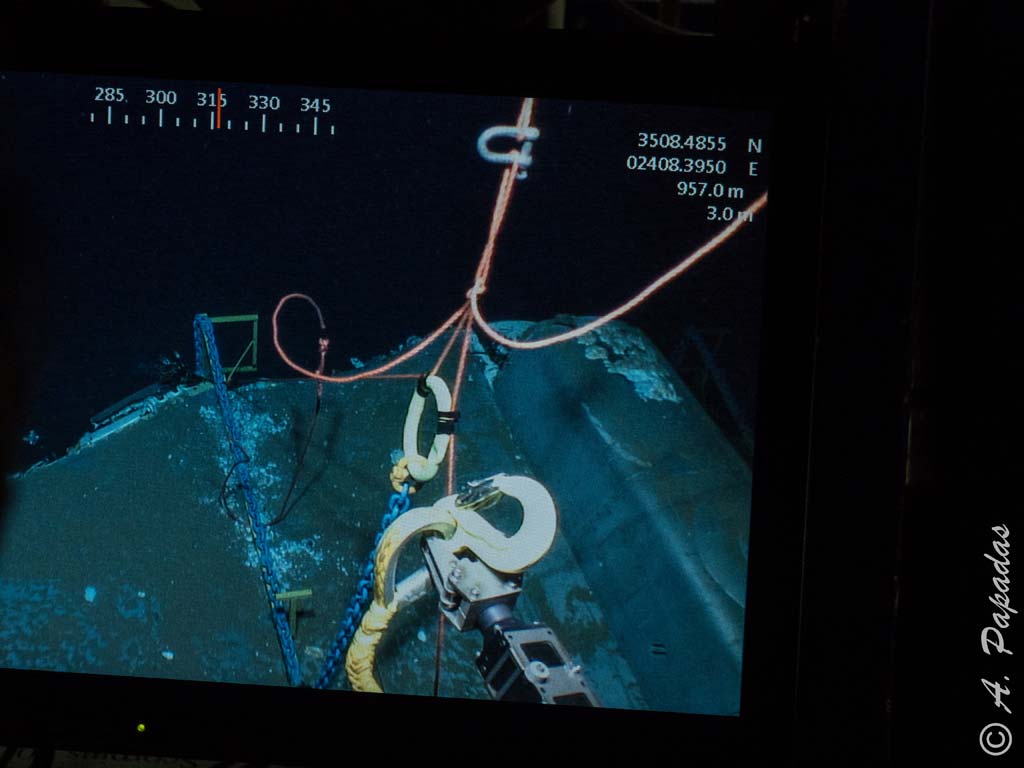 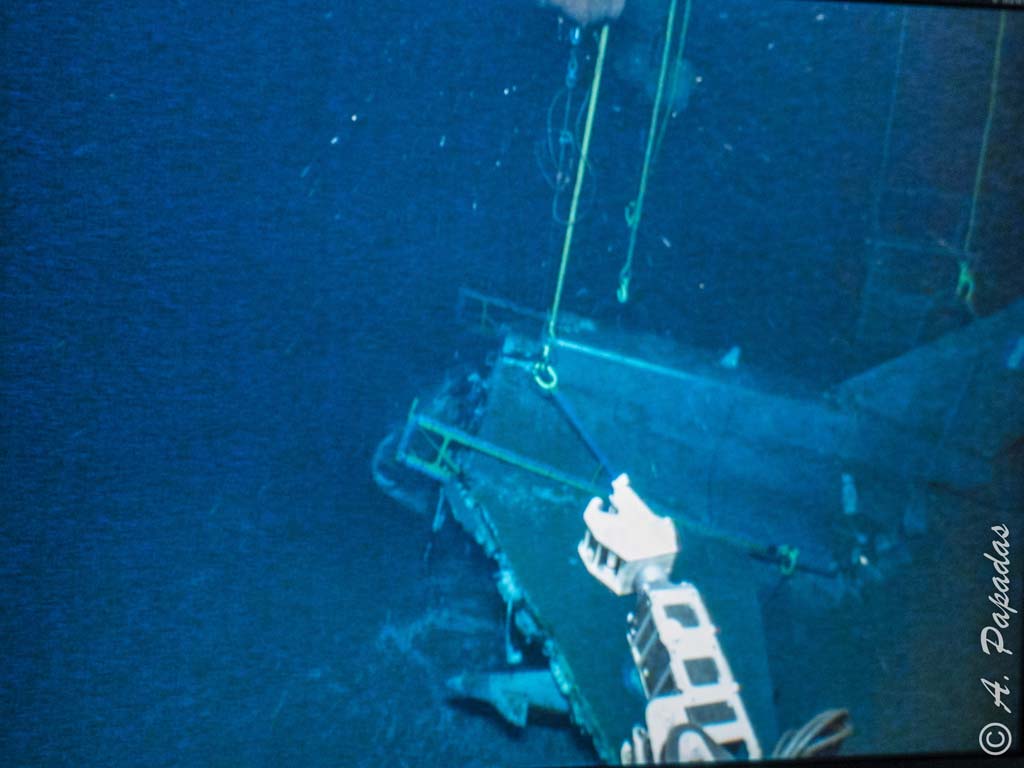 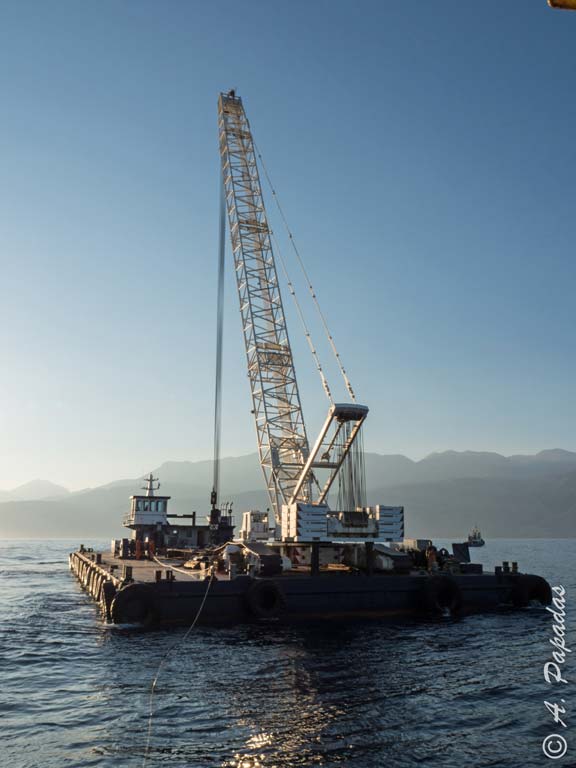 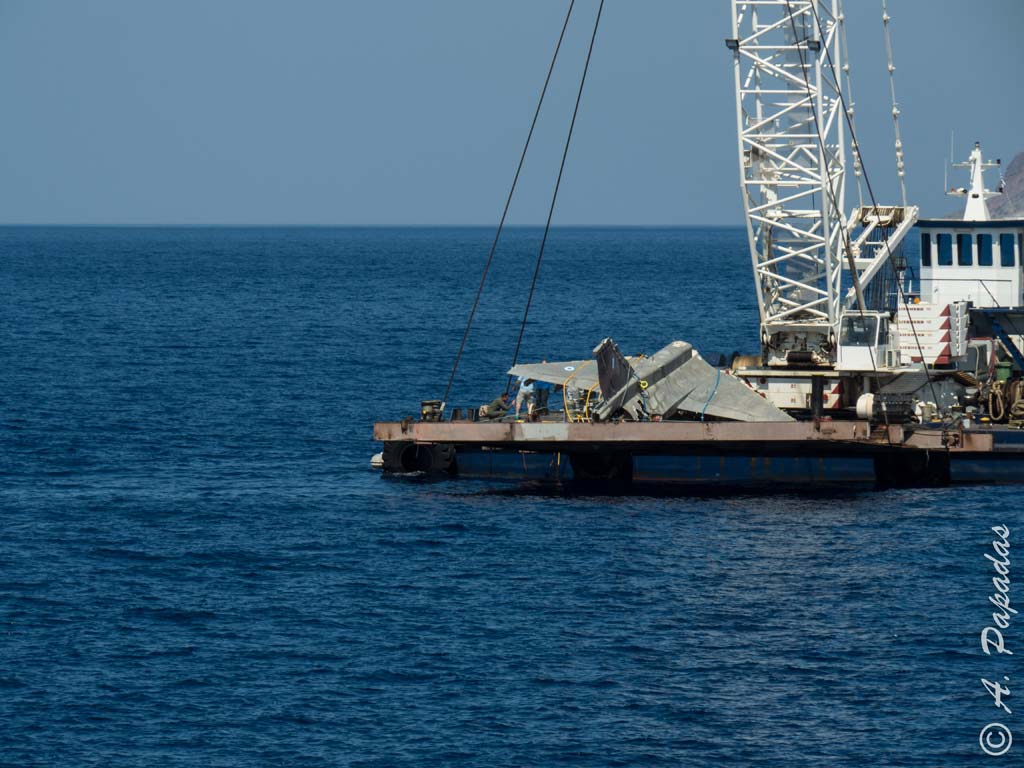 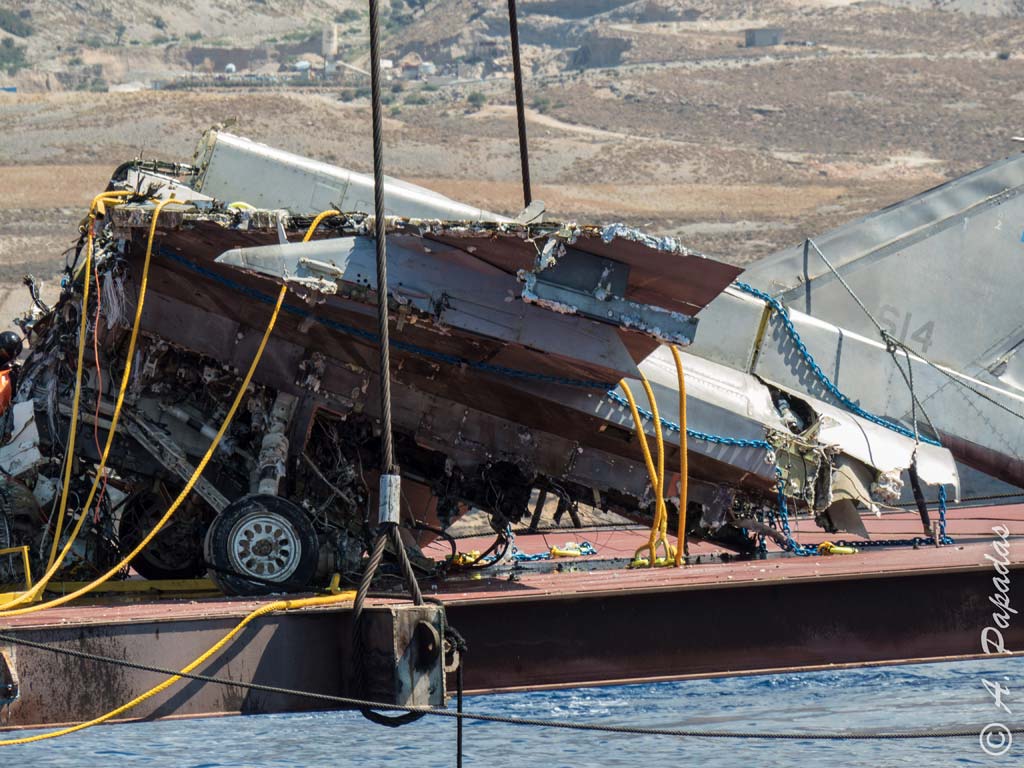 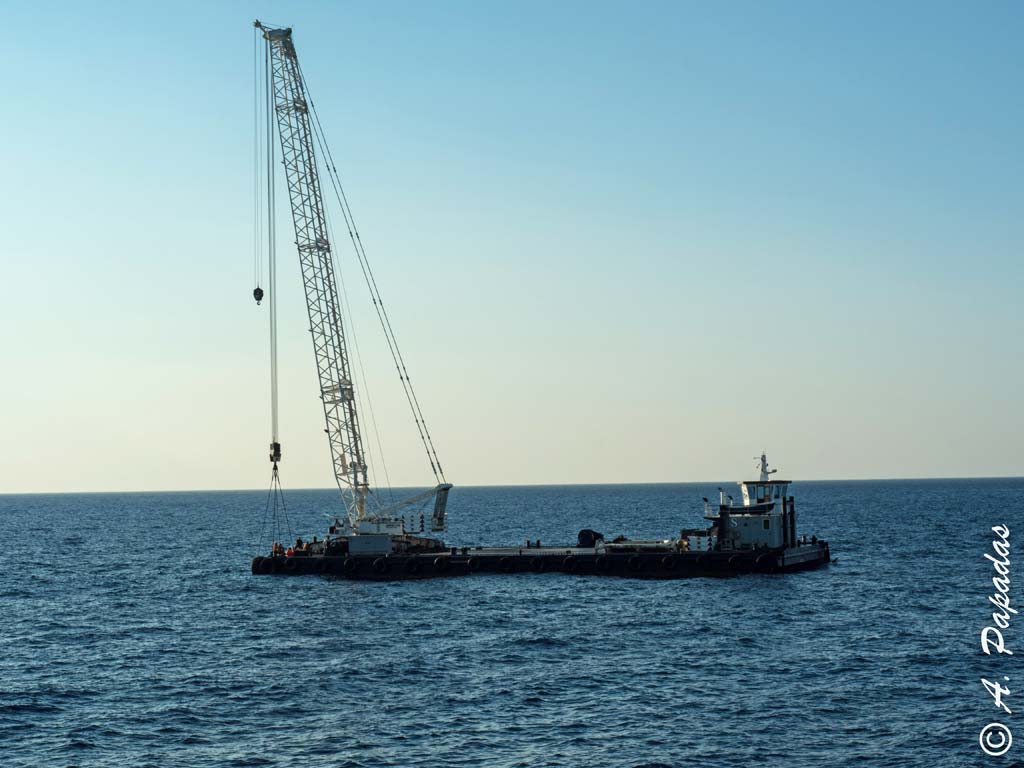 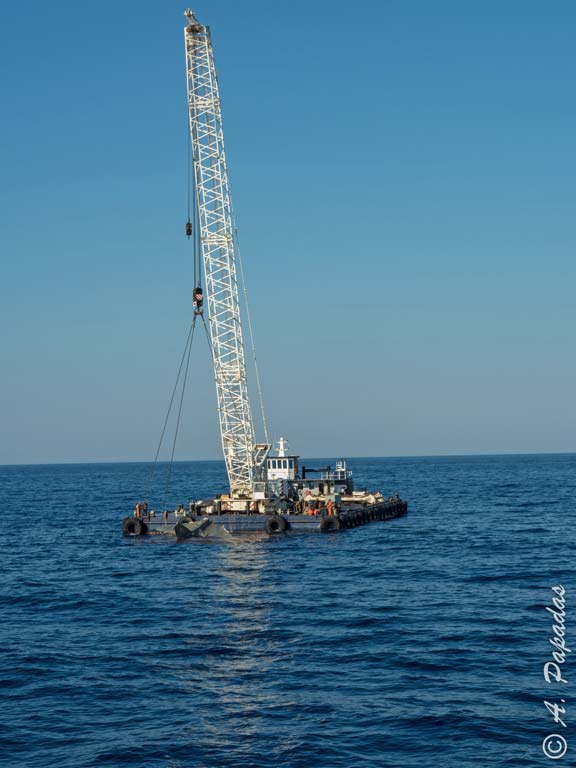 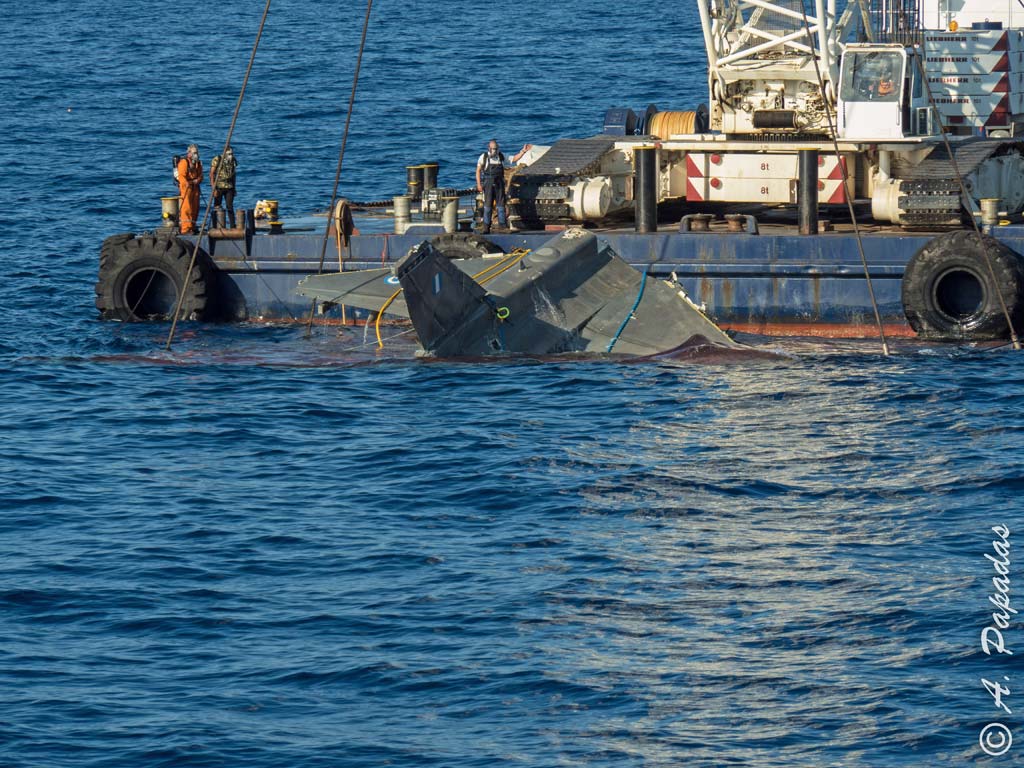 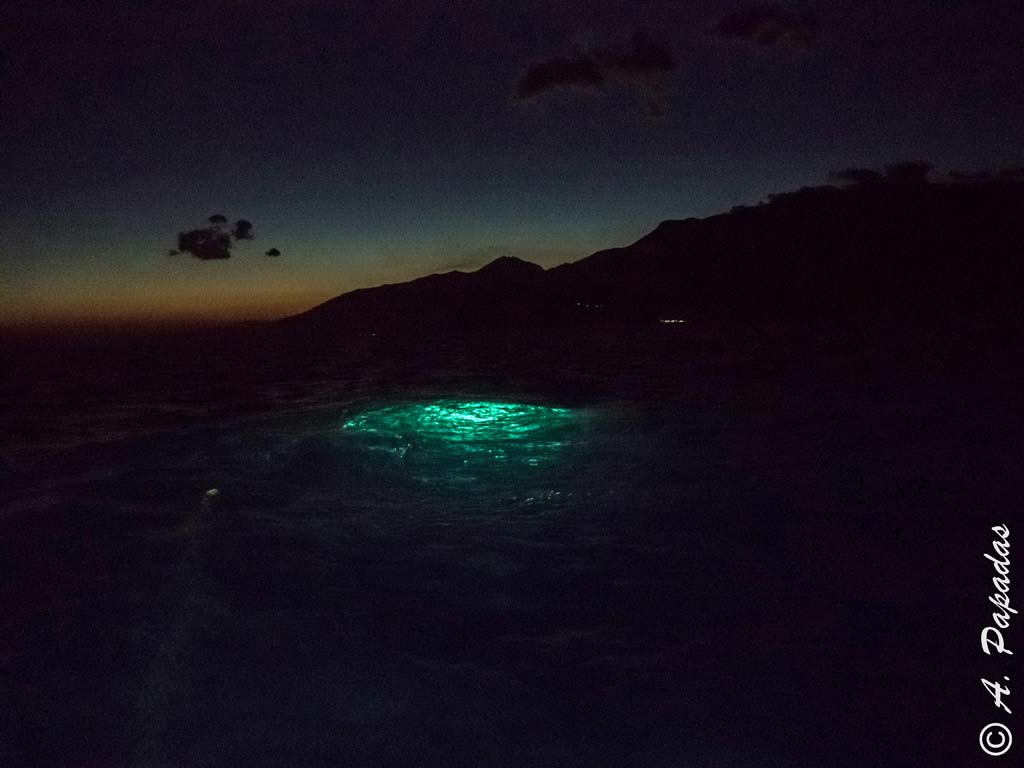 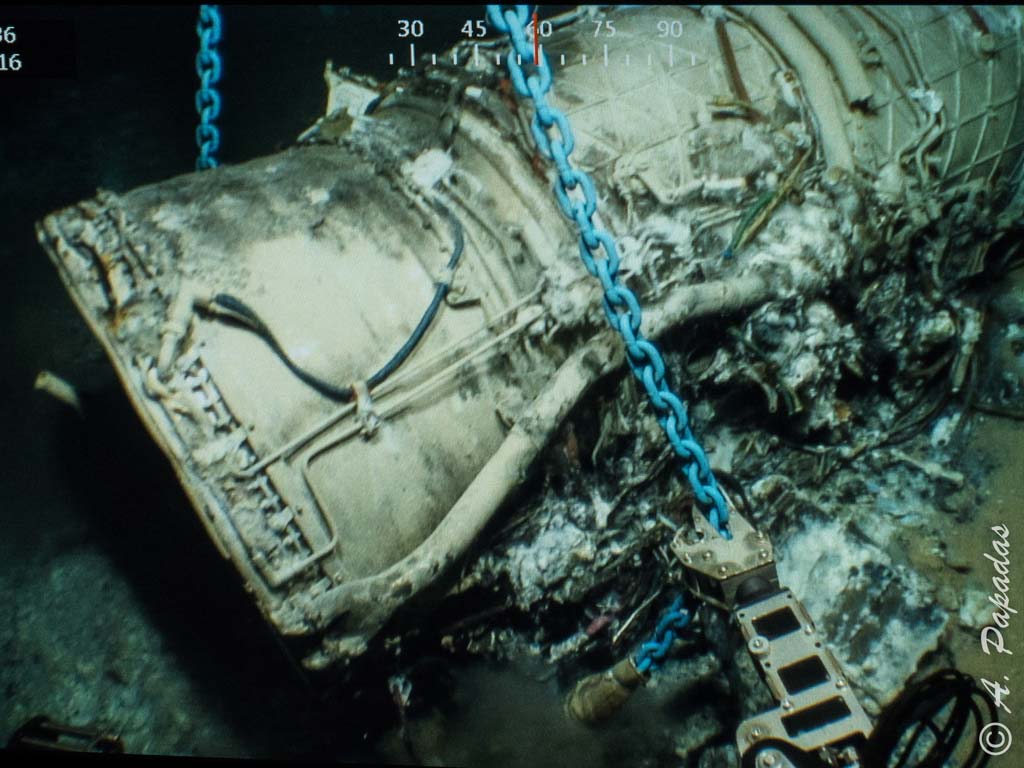 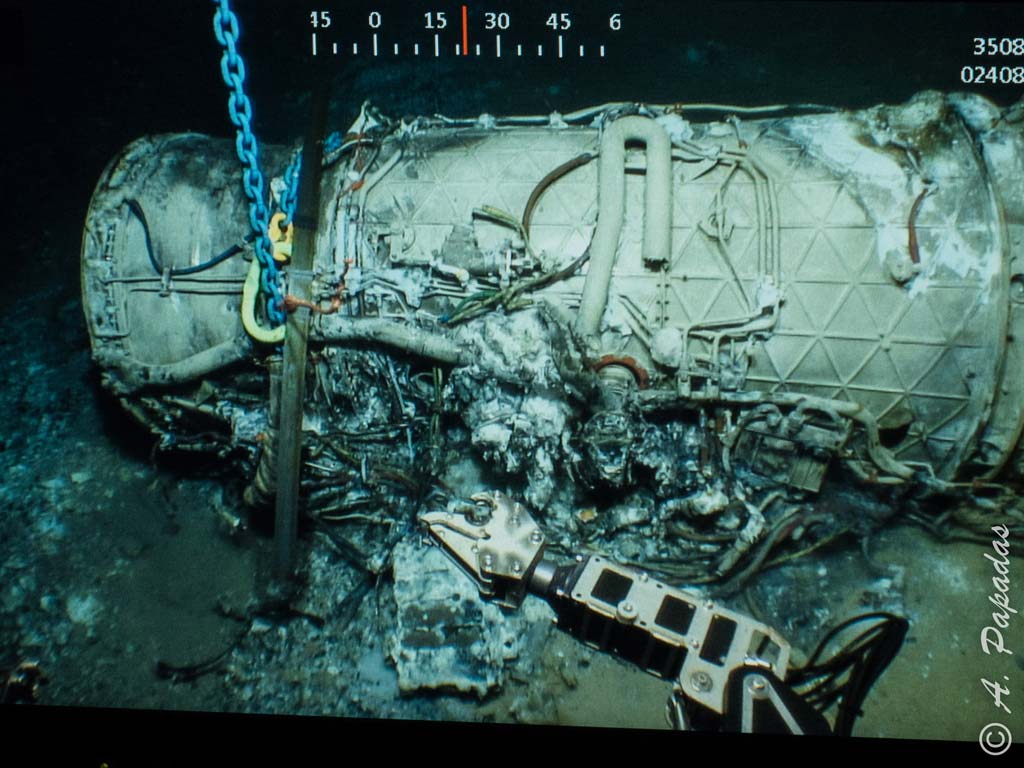 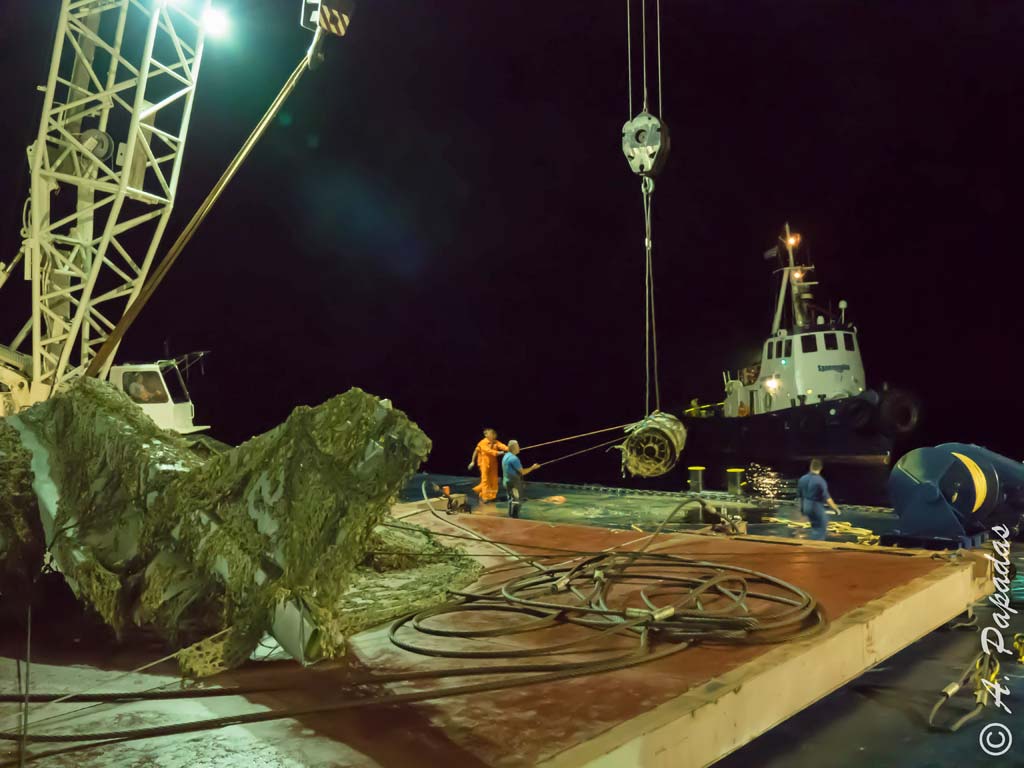 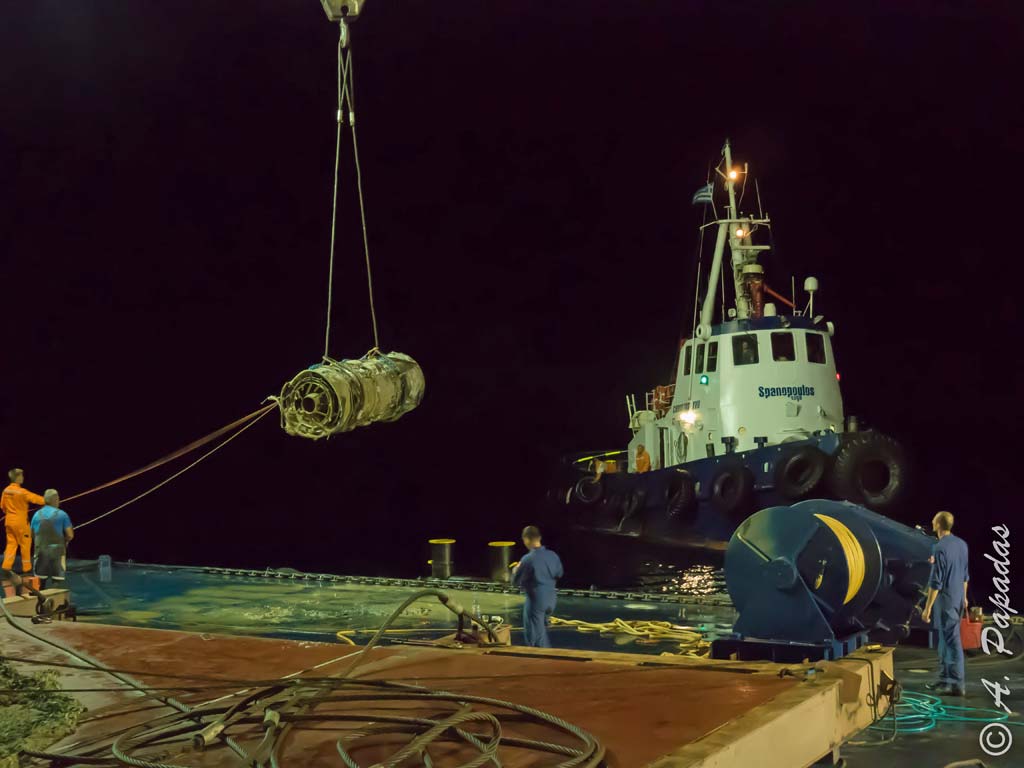