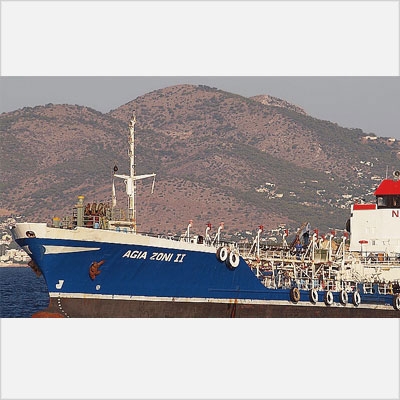 After the sinking of the M/T Agia Zoni II (Piraeus 11769) during the early hours of 10/9/2017 in the area southwest of the island of Atalanti, the shipowner assigned to our company the task of dealing with and limiting of the consequences of the shipwreck in the marine environment, which is carried out in cooperation with the Environmental Protection Agency SA and the assistance of other specialized companies.

With this goal, from the very first moment of our assignment to the present day, our specialized personnel attempts by floating and terrestrial means, both at the point of immersion and the perimeter of the shipwreck. In addition to direct action, our teams have designed and implemented a series of targeted actions to reduce as much as possible the risk to the environment. We briefly mention the following:

• We immediately mobilized and transported shipwrecks, anti-pollution craft and diving works to the site of the wreck to reduce the leakage of oil, fuel and other polluting substances. • We started and completed sealing operations, resulting in the elimination of leaks. • We threw a triple row of floating dams around the wreck. • We have used sufficient mechanical means of recovery, as well as other means and equipment, to tackle sea pollution as effectively as possible.

From 09:10 on 12/9/2017, thanks to the overwhelming efforts of our crews that attempted on the ground, the ship's sealing and the substantial reduction of oil leakage were achieved. At the same time, we have drawn up and submitted a plan for the recovery of all petroleum products from the ship, which is expected to start within the day.

In addition, our crews are also working in the areas where pollution has been identified and reported for the purpose of cleaning and repairing the damage, in full cooperation with port and local authorities.

Our company, in collaboration with all other companies, has undertaken and managed this particular project with the utmost sense of responsibility, fully understanding and respecting the interest and concern of not only the local but also the wider Greek society. For our part, we will continue our hard work and we will keep up to date on the progress of our work.