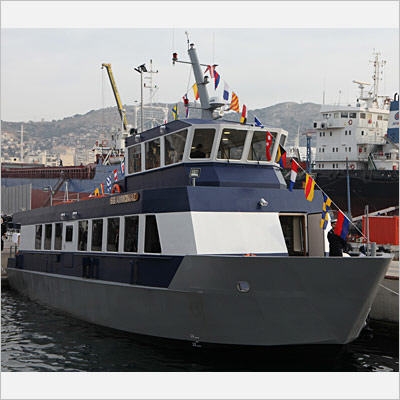 On Monday 06 February 2017 the naming and integration ceremony to the Hellenic Navy was held of a new built Auxiliary Vessel (BB) "AMMONIAS" in the prime contractor’s facilities of "New Hellenic Shipyards SA", in Perama, the first of a total of four similar type vessels.

Designed and built by New Hellenic Shipyard’s experienced technical personnel after successful sea trials under the supervision of the Hellenic Navy and the classification society.

The main dimensions are LOA = 24m, B = 6.5M, has 2 main engines of 450hp, a generator, electronic communication and navigation systems, while achieving maximum speed 12,5kn with capacity of 150 passengers plus crew.

Τhe ship is designed for the transportation of the staff of Hellenic Navy from and to Salamis Navy Base, which is the biggest Naval Base where most naval ships are berthed and where the main technical support is located.

These four vessels will replace existing ones, in order to improve the quality of the daily transmission of the staff to Salamina, reducing the travel duration to and from the Naval Base and to increase the productive time.

Godfather of the ship was the Mayor of Perama City, Mr. John Lagoudakis. The ceremony was attended by Deputy Minister of Defence Mr. Dimitrios Vitsas, members of Parliament, the Chief of General Directorate of Defence, Admiral Evangelos Apostolakis HN, Chief of General Directorate of Navy Vice Admiral Nicholas Tsounis HN, local authorities representatives, Honorary Chiefs, members of the Supreme Navy Board , retired executives of Hellenic Navy, members of the broad Navy and Maritime community and other guests.

As noted in the speech of the Chief of General Directorate of Navy, the fact that the new Auxiliary Vessel “AMMONIAS” is designed and constructed in Greece indicates, as in the case Fast Patrol Vessels and Submarines received on 2016, that the country has a very wide range of manufacturing capabilities. In addition, he underlined that so far the construction program has employed 150 workers for a significant number of working hours. 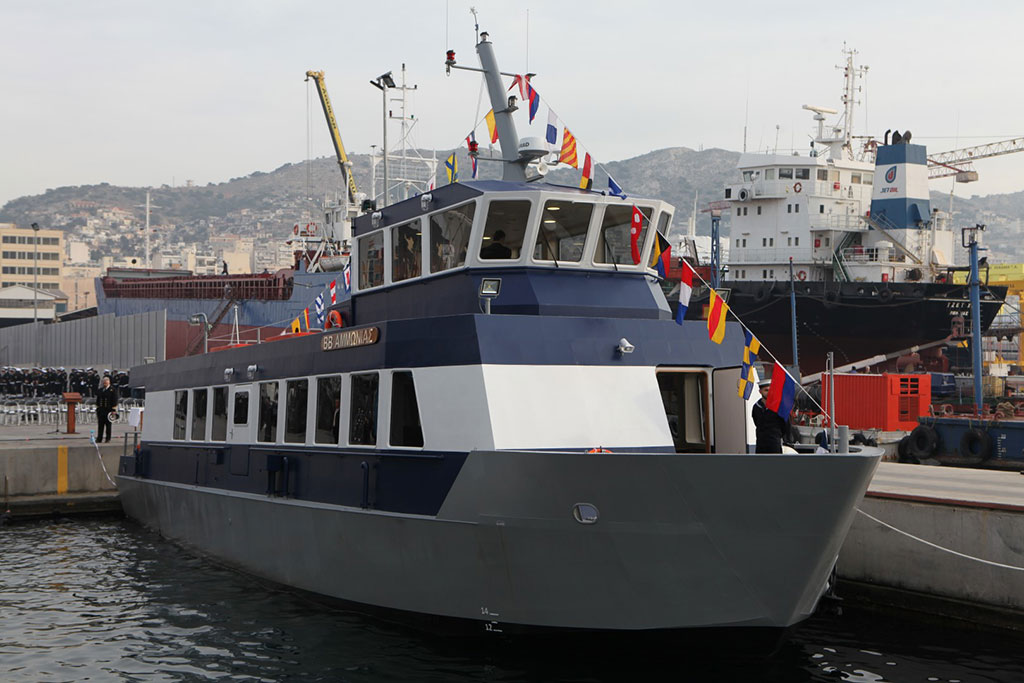 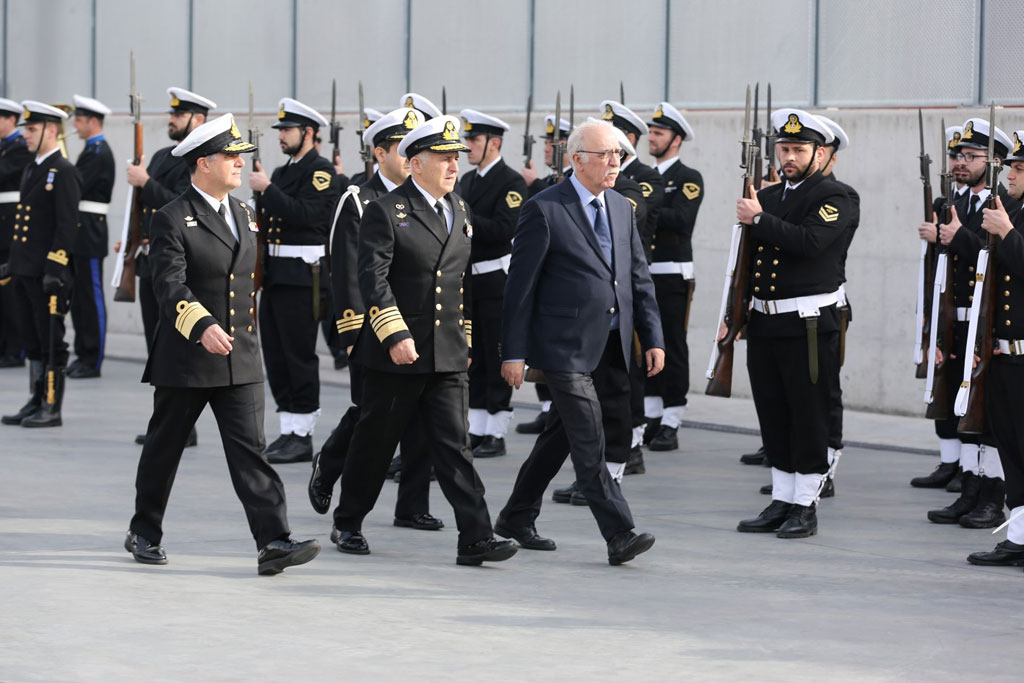 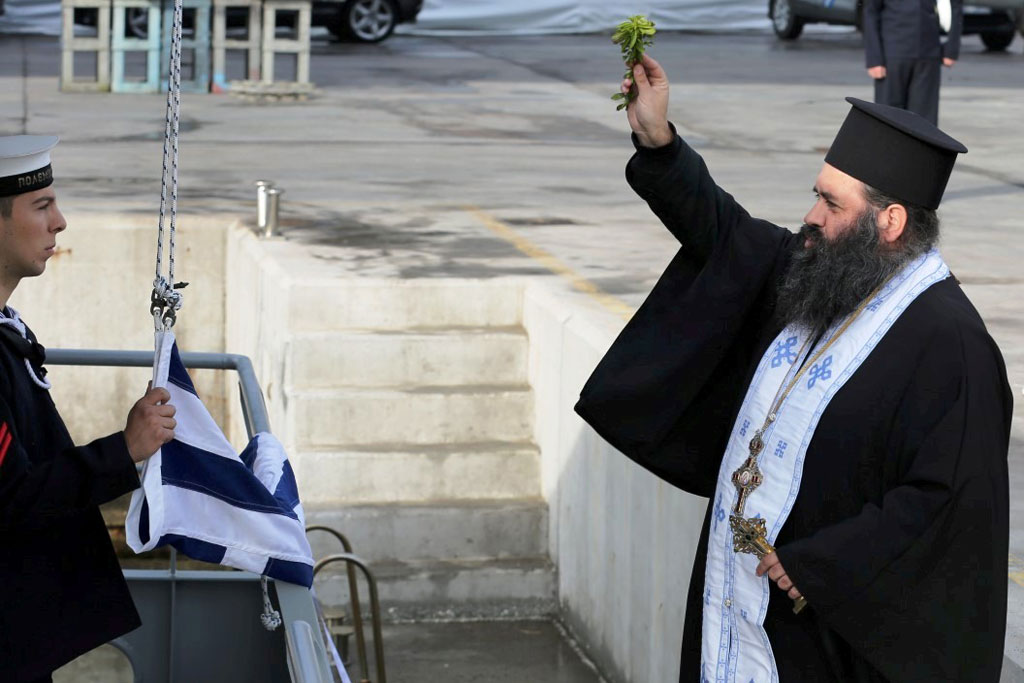 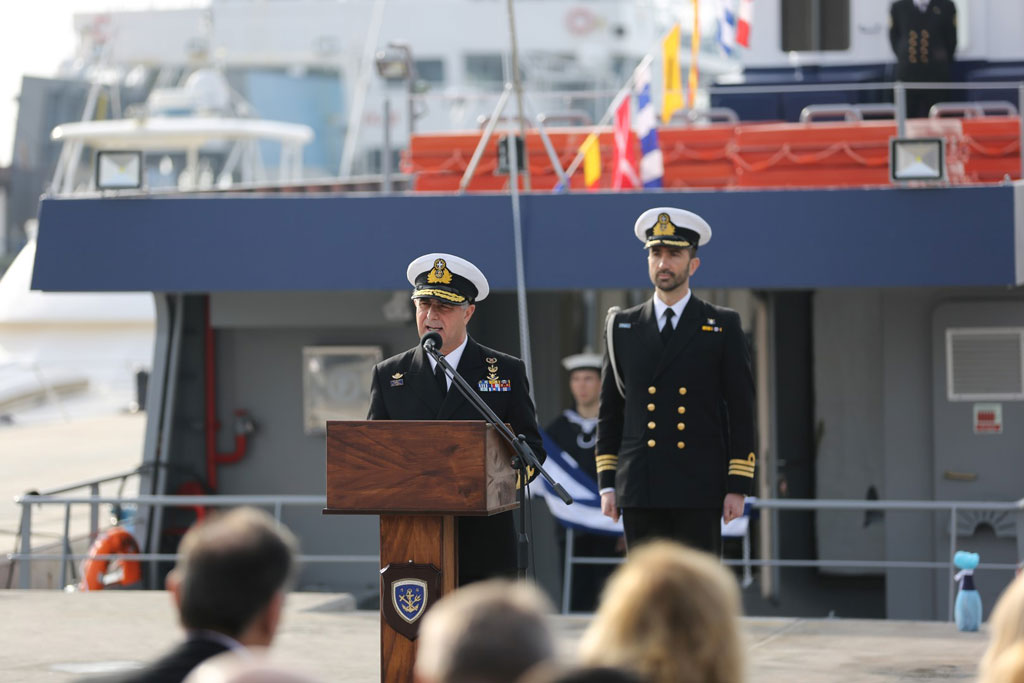 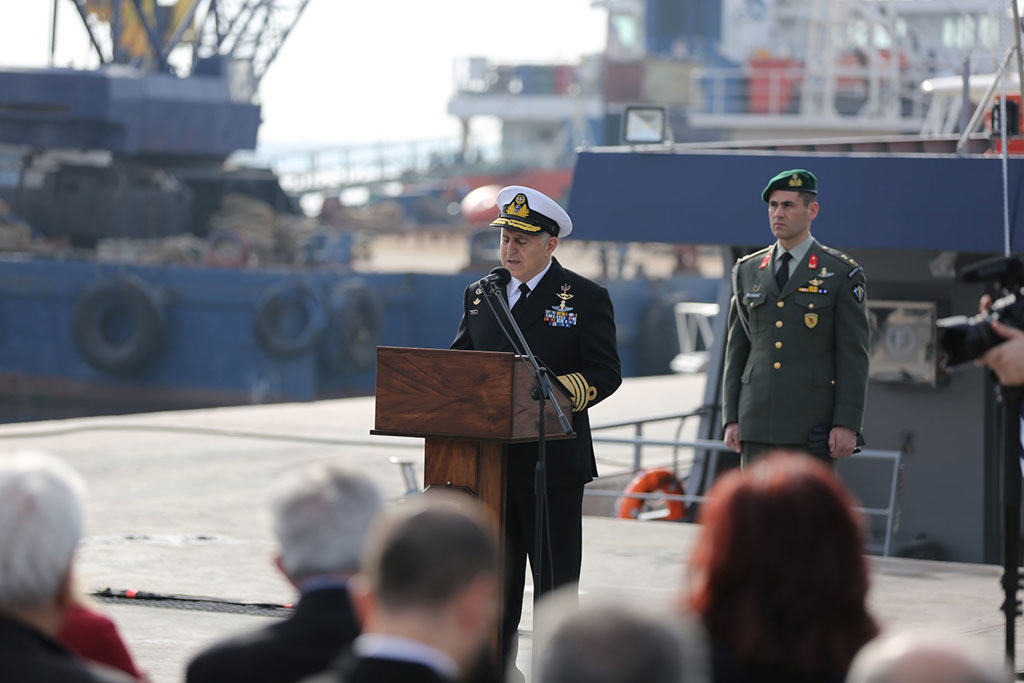 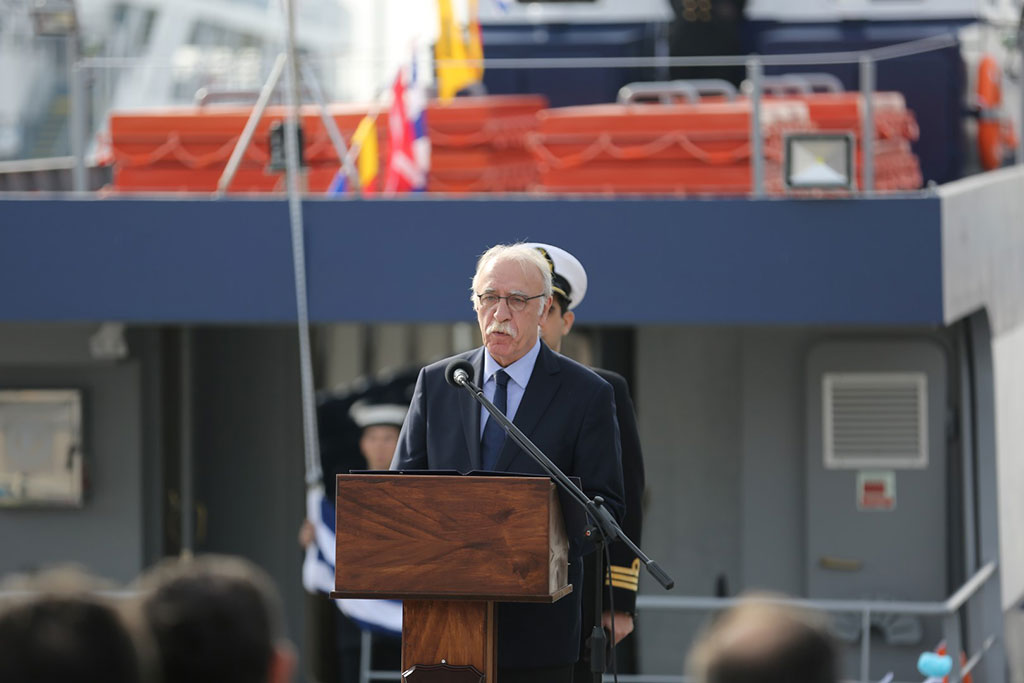 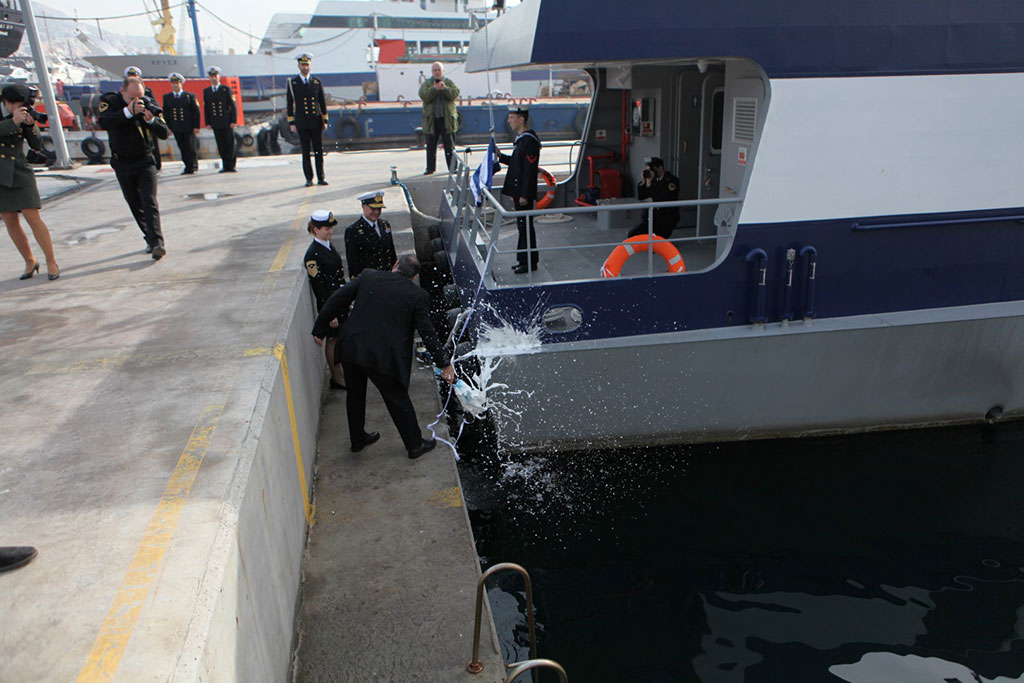 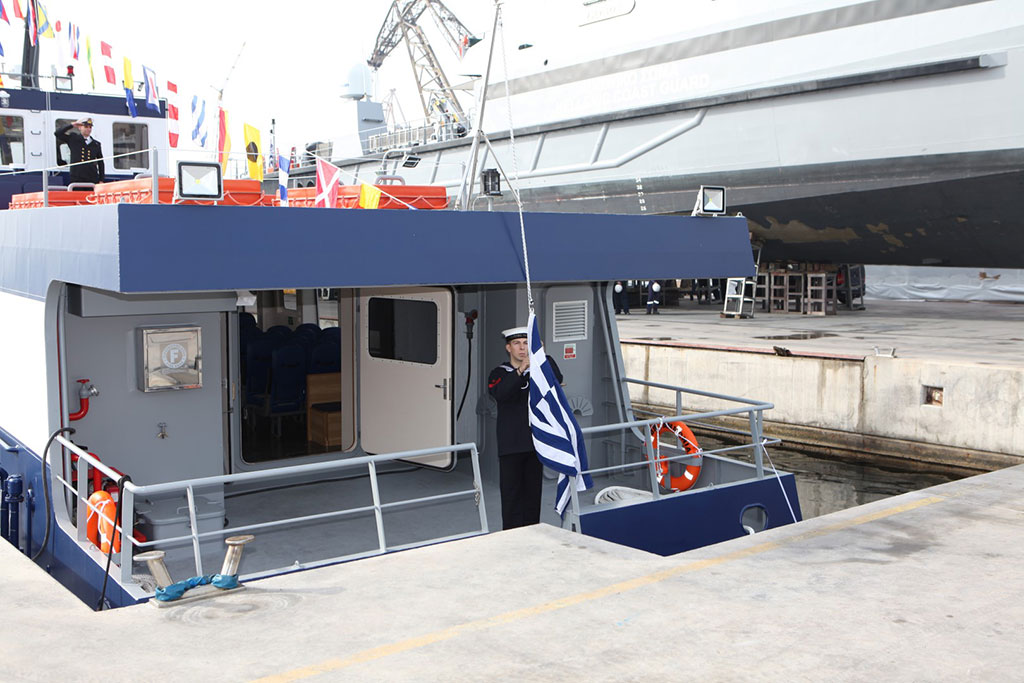 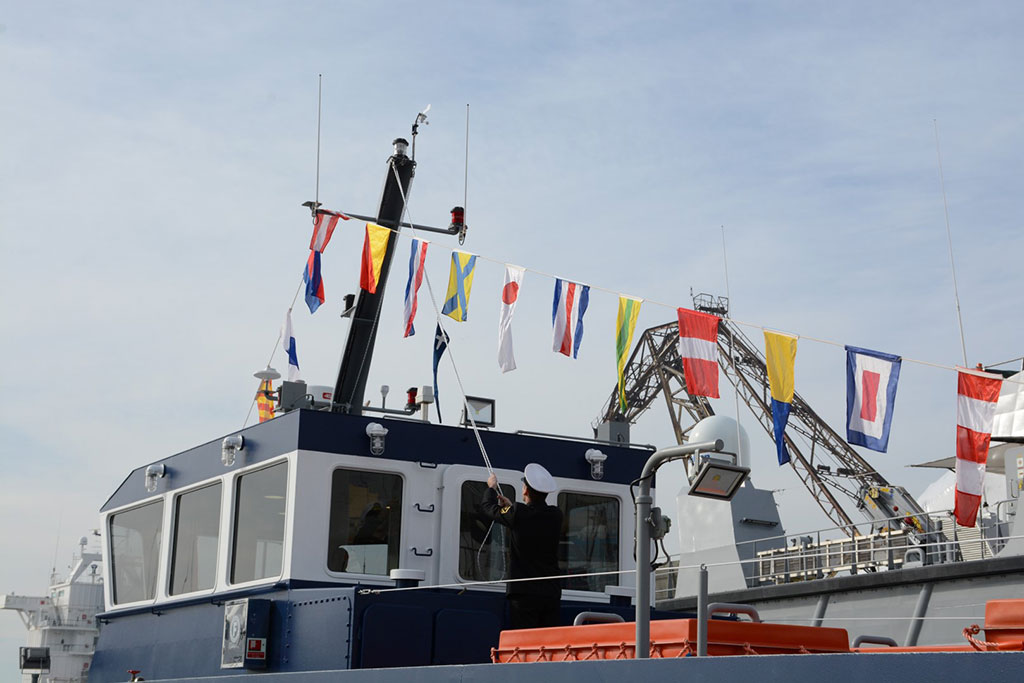 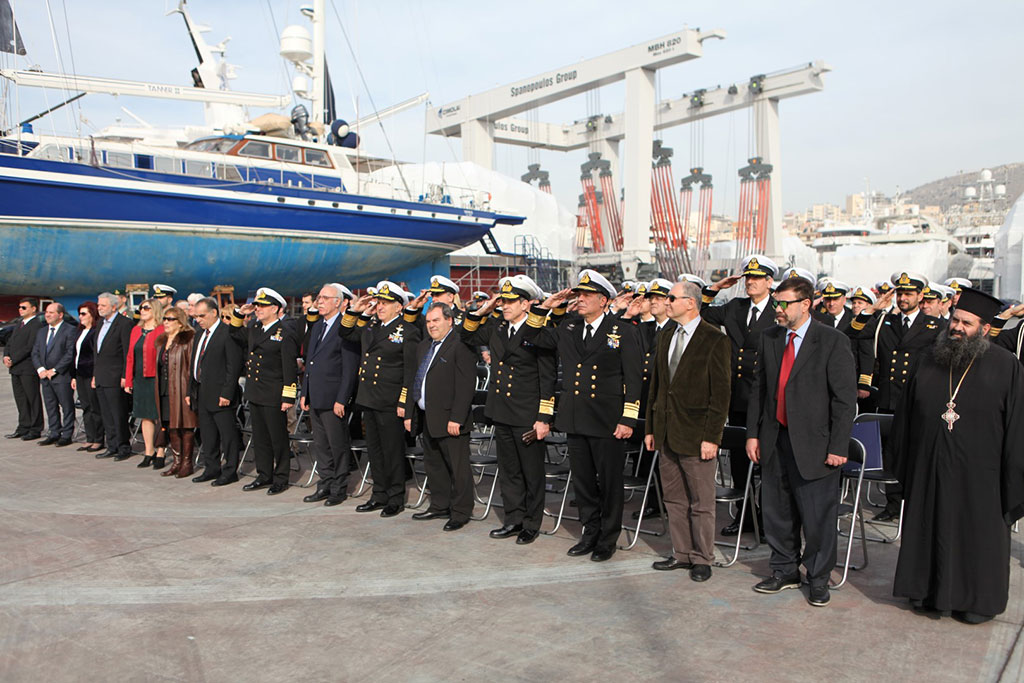 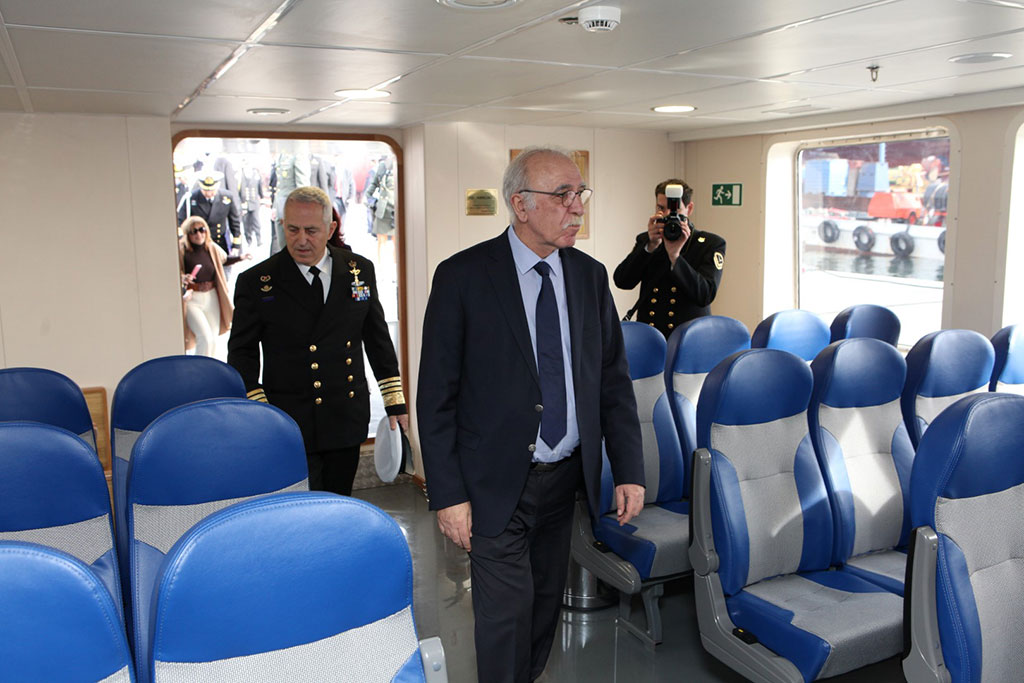 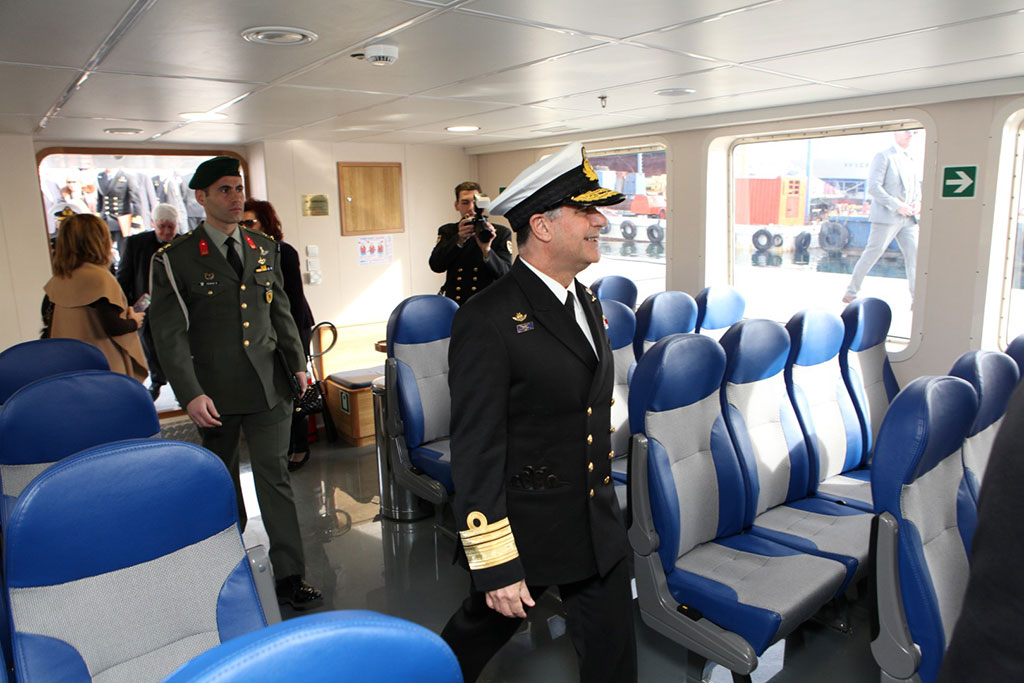 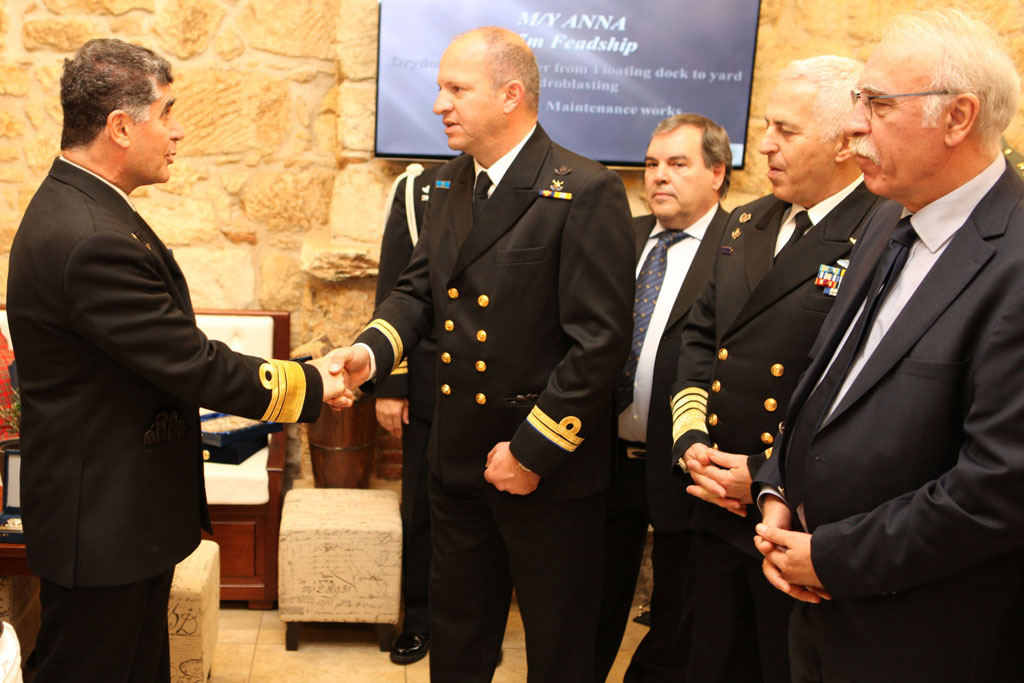